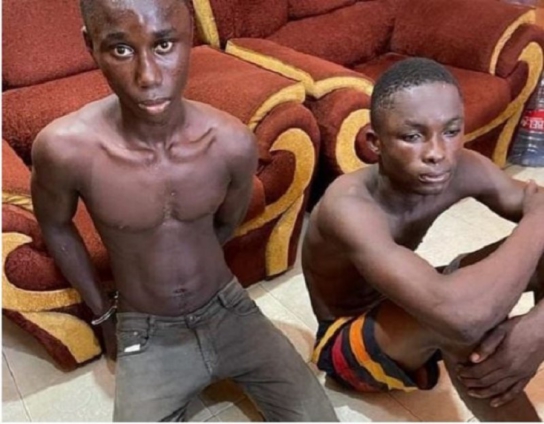 The Kaneshie District Court will on Monday, August 16, 2021, conduct committal proceedings of the two persons, including a minor, who are being held for the murder of the 10-year-old boy at Kasoa.

The proceedings would pave for the accused to stand trial at the High Court, following the death of Ishmael Mensah Abdallah.

When the matter was called at the Kaneshie court on Thursday, Nana Adoma Osei, Senior State Attorney informed the court that the state was ready for the committal proceedings.

However, the Senior State Attorney said she was informed that the exhibits to be tendered were with the case investigator who was on his way to the court.

Nana Adoma, therefore, prayed to the court for the case to be stood down.

The court presided over by Ms. Rosemond Agyiri Duodoo adjourned the matter to Monday, August 16, and directed that photographs of the exhibits should be taken to be tendered for expeditious committal proceedings.

It would be recalled that Chief Justice Kwasi Anin Yeboah on July 29, this year, ordered the transfer of the matter from Kasoa in the Central Region to the Kaneshie District Court in the Greater Accra Region for expeditious trial.

The accused persons including; a minor (name withheld) and Felix Nyarko, had been charged with conspiracy and murder.

The two were said to have murdered Abdallah on April 3, this year for ritual purposes, after they had lured him into an uncompleted building and killed him with a club and a cement block.

DISCLAIMER: The Views, Comments, Opinions, Contributions and Statements made by Readers and Contributors on this platform do not necessarily represent the views or policy of Multimedia Group Limited.
Tags:
Ishmael Mensah Abdallah
Kasoa
Murder
Nana Adoma Osei