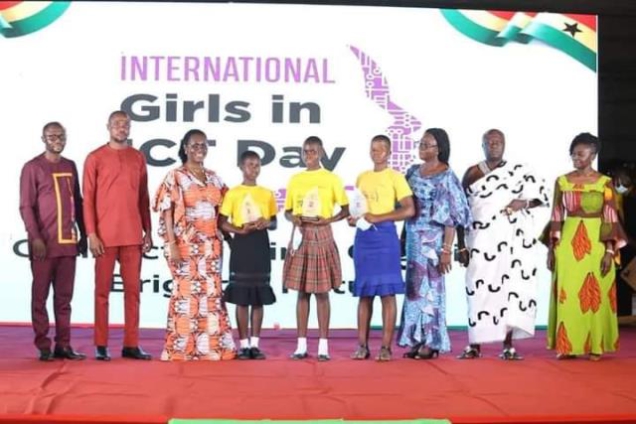 The Ministry of Communication and Digitisation has presented 100 brand new HP laptop computers to the first 100 best girls in this year’s ‘Girls in ICT training’ held in the Western North Region.

According to the sector Minister, Ursula Owusu-Ekuful, the presentation and training formed part of the government’s efforts to bridge the digital and ICT gap and empower young girls in the digital revolution world.

The minister believed that technology played a vital role in all spheres of life and that 7,064 girls were trained already in basic computer skills, fundamentals of programming, HTML and coding.

She said the Ministry would train more girls in the coming years, and with the support of Huawei, the programme was scaled up to include girls in tertiary institutions.

Mrs Owusu-Ekuful announced that 25 schools in Western North would get computer Laboratories instead of the initial 15. She called on corporate institutions to partner with the Ministry of Communication and Digitisation to give young girls digital skills for the job market.

MTN Ghana, the official sponsor of the Girls in an ICT project, in a message by Louisa Ama Sosu, Senior Manager Network Performance, on behalf of chief Corporate Services, congratulated all the 1000 participants and expressed confidence that they would take the lessons learnt seriously and practise the skills they had acquired.

She encouraged them to put technology at the heart of their development plans, giving them a competitive advantage over their peers and career mobility to earn more.

Savannah Region would host the next edition of Girls in ICT Training.