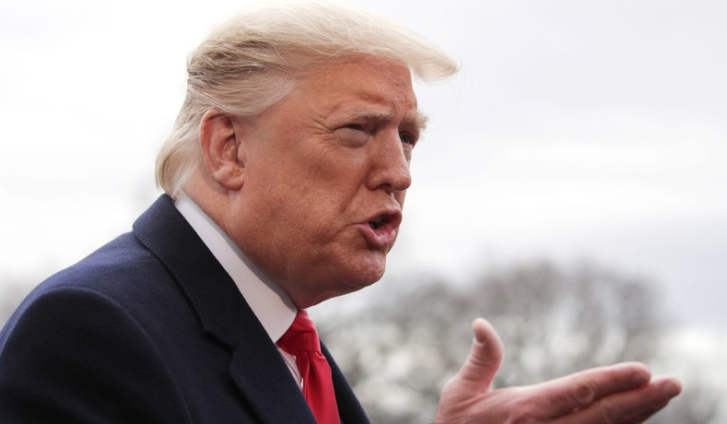 US President Donald Trump has again defended the use of hydroxychloroquine to ward off coronavirus, contradicting his own public health officials.

He argued the malaria medication is only rejected as a Covid-19 treatment because he is the one who suggested it.

His remarks come a day after Twitter banned his eldest son for posting a clip in praise of hydroxychloroquine.

There is no evidence the drug can fight the virus, and regulators warn it may cause heart problems.

Last month, the US Food and Drug Administration (FDA) cautioned against the use of the drug for treatment of the coronavirus, following reports of “serious heart rhythm problems” and other health issues.

Last month, the FDA revoked its emergency-use authorisation for the drug to treat Covid-19. The World Health Organization (WHO) says “there is currently no proof” that it is effective as a treatment or prevents Covid-19.

Hydroxychloroquine was first touted by Mr Trump in March in relation to Covid-19.

The president told reporters at the White House on Tuesday: “When I recommend something, they like to say ‘don’t use it.'”

The 73-year-old president surprised reporters in May by saying he had begun taking the unproven medication. On Tuesday, Mr Trump said he had taken hydroxychloroquine for a 14-day period and experienced no side effects, declaring again that the drug was effective for treating coronavirus.

“I can only say that from my standpoint, and based on a lot of reading and a lot of knowledge about it, I think it could have a very positive impact in the early stages,” he said. “I don’t think you lose anything by doing it, other than politically it doesn’t seem too popular.”

In the now-banned video, doctors were shown claiming that hydroxychloroquine is a “cure for Covid” and that “you don’t need a mask” to slow the spread of the coronavirus. The clip has been was shared to Mr Trump’s 84 million Twitter followers. and has been viewed more than 17 million times on Facebook.

Responding to questions from reporters, Mr Trump said he thought the group featured in the video were “very respected doctors”.

“I wasn’t making claims,” Mr Trump said of the tweet. “It’s the recommendations of many other people including doctors.”

Asked about hydroxychloroquine earlier on Tuesday, America’s leading expert in infectious diseases, Dr Anthony Fauci, said the medication was not an appropriate treatment for Covid-19.

The White House coronavirus expert told ABC News’ morning show on Tuesday the drug “is not effective in coronavirus disease”.

At Tuesday’s briefing, Mr Trump questioned why Dr Fauci and his fellow task force member Dr Deborah Birx were popular, but his administration is not.

He added: “And yet, they’re highly thought of but nobody likes me. It can only be my personality, that’s all.”