Cost of living: Fuel and clothing at top of family spending cuts 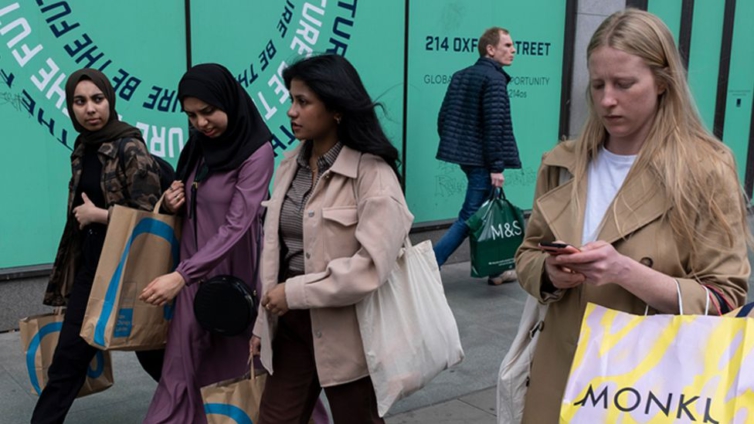 Families are cutting back on fuel and clothing as rising prices make them question what they can afford, new figures suggest.

Petrol and diesel sales fell by 4.3% in June as prices at the pumps hit new records, monthly retail data shows.

Retailers told the Office for National Statistics the figures indicated people were cutting back on spending due to concerns over what they could afford.

Prices in the UK are currently rising at their fastest rate for more than 40 years.

Inflation – the rate at which prices rise – jumped to 9.4% in June, with the increasing cost of petrol and food putting pressure on households’ finances.

Although overall retail sales remain above their pre-pandemic levels, “the broader trend is one of decline”, said Heather Bovill at the ONS.

“Clothing purchases dipped along with household goods, with retailers suggesting consumers cutting back on spending due to higher prices and concerns around affordability,” she said.

“Fuel sales fell back considerably with retailers reporting the record high prices at the pump hitting sales,” the deputy director for surveys and economic indicators added.

It comes as a new survey by the ONS found around 9 in ten adults continued to report a rise in their living costs over the past month.

Around half (46%) of adults who pay energy bills found it difficult to afford them, up from 43% in the previous period, while 46% of adults said they would not be able to save any money in the next 12 months.

The data was collected in early July.

Fuel prices have soared in recent months, driven by the war in Ukraine and moves by a number of countries to reduce their dependence on Russian oil.

It led to the average family car costing more than £100 to fill up, according to the RAC.

However, the AA said this week that lower wholesale costs of fuel were leading to cheaper prices at the pumps, though they still remain much higher than last year.

Stocking up on sausage rolls

Food sales were the only area to see a boost in June, with volumes rising by 3.1% largely driven by the Queen’s Platinum Jubilee bank holiday celebrations.

“After a fall in May, food sales picked up due to the Jubilee celebrations, but this was the only sector to report an increase,” Ms Bovill said.

Paul Dales, chief UK economist at research firm Capital Economics, said the jump in food sales “was surely due to people stocking up on sausages rolls, cakes and alcohol for jubilee street parties”.

But he added that the extra bank holiday “also appears to have meant people spent less time shopping for other items”, such as clothing and household goods.

Silvia Rindone, UK and Ireland retail leader at the accountancy firm EY, said: “Despite the long Jubilee bank holiday weekend at the start of June, today’s ONS retail sales data shows that consumers are feeling the pinch from the rising cost-of-living and are becoming more cautious about where and when they are spending.”

She added that companies need to ensure they address people’s concerns over what they can afford, such as by offering value for money or “own label” options.

DISCLAIMER: The Views, Comments, Opinions, Contributions and Statements made by Readers and Contributors on this platform do not necessarily represent the views or policy of Multimedia Group Limited.
Tags:
Clothing
Cost of living
Fuel