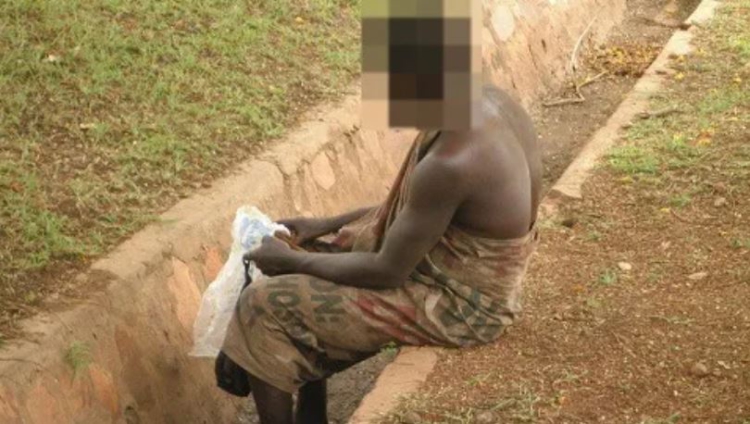 The cost of mental healthcare in the country has gone up with fears among stakeholders that the situation can undermine accessibility and worsen the conditions of needy persons with mental health disorders.

Investigations by the Ghana News Agency (GNA) have revealed that some mental health facilities have reviewed their service charges upwards to sustain operations amid limited funds and dwindling donor support.

The National Health Insurance Scheme, intended to facilitate free treatment of persons with mental health conditions as mandated by the Mental Health Act, 2012, is not accepted by many facilities.

Such facilities, the GNA gathered, are compelled to pass on some cost of operation to patients or risk shutting down.

According to the Mental Health Authority (MHA), public mental facilities had received limited funds- “peanuts” – from the Government to operate since the year started, making it difficult for them to provide free treatment.

The Authority said some of the facilities had been saddled with debts and had been taken to court by their suppliers.

The MHA said the situation may get worse until the country establishes a Mental Health Levy to ensure sustainable funding for mental healthcare.

The Basic Needs Ghana, a non-governmental organisation dedicated to mental health advocacy, has also called for the mainstreaming of mental healthcare into the general primary healthcare system to ensure that persons with mental health conditions could visit public hospitals for treatment.

Cost of treatment up

When GNA News Team visited the Facility on Friday, September 30, 2022, it (Team) was told that the Hospital was not accepting the NHIS card.

The Team was told that aside consultancy and admission fee that had gone up, the cost of all other tests, including blood and sugar level, were to be taken care of by patients.

A source at the Hospital said they (patients) were also to pay for medications because the Facility was not accepting national health insurance.

“Things have changed, and we are suffering. My brother is not well but I can’t bring him here regularly because now, the services are very expensive. We can’t afford it…,” Nana Ama, a middle-aged trader, told the Ghana News Agency.

A staff of the Hospital said, “some people leave without accessing care when informed about the increase in cost of service delivery.”

What the law says

In 2012, Ghana passed a new Mental Health Act intended to create a new system of mental healthcare in the country.

Under the law, mental healthcare is supposed to be free.

Section 88(2) of the Act states: “A person suffering from a mental disorder with a physical condition is entitled to free health care under the National Health Insurance Scheme.”

The law also establishes the Mental Health Fund to provide financial resources for the care and management of persons suffering from mental disorders but a decade after the passage of the Act, the Fund is not operational.

In an interview, Professor Akwasi Osei, Chief Executive Officer, MHA, said mental health facilities were compelled to pass on the cost of treatment to patients because they lacked funding.

He said the establishment of the Mental Health Levy was the surest way to address the funding gap.

“Until the Mental Health Levy is established, and we don’t have money to support them (mental health facilities), this is what is going to happen,” Prof. Osei said.

He said the cost of mental healthcare has gone up because “virtually nothing goes to the mental health sector despite government policy that treatment is free of charge.”

“Those who cannot afford and have mental challenge, will live with it unfortunately, and their conditions could go worse,” Mr Badimak said.

The World Health Organisation (WHO) estimates that 10 per cent of the population of Ghana (30.8 million) has one form of mental disorder or the other.

Access to quality healthcare (physical and mental health) is a fundamental human right as enshrined in WHO’s Constitution, adopted by member countries.

“The enjoyment of the highest attainable standard of health is one of the fundamental rights of every human being without distinction of race, religion, political belief, economic or social condition,” says the preamble of the Constitution.

Mental health was included in the UN Sustainable Development Goals (SDGs) in September 2015.

The WHO recognises mental health as key to achieving social inclusion and equity, universal health coverage, access to justice and human rights, and sustainable economic development.

DISCLAIMER: The Views, Comments, Opinions, Contributions and Statements made by Readers and Contributors on this platform do not necessarily represent the views or policy of Multimedia Group Limited.
Tags:
Mental Health
Mental Health Authority