Could your child be suffering from iron deficiency? ‘Live strong with iron’ discussions on Adom FM shed light 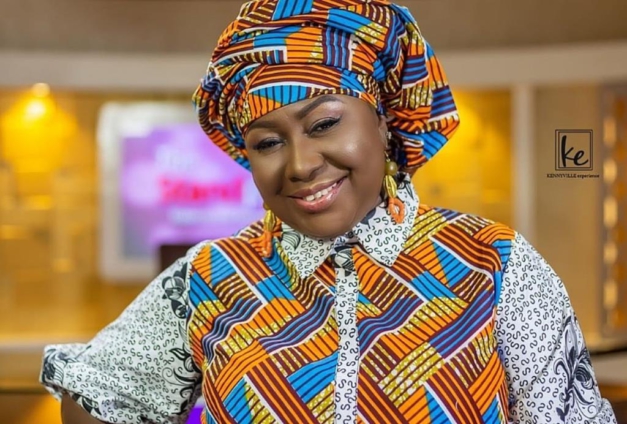 Last week, the ‘Live Strong with Iron’ discussions on Adom FM kicked off with a pregnant woman who wanted advice on how to deal with her mother-in-law who was insistent on her boosting her iron level by eating iron-rich foods.

This week’s discussion was an eye opener as it delved into the topic of – Iron deficiency in children.

The ‘problem of the day’ segment focused on a mother oftwo who was disturbed about her last child, Kojo who breastfed until six months of age. By the time Kojo was 10 months old, she was already feeding him with porridge and banku.

However, Kojo’s mother says he has not been growing well lately. He frequently coughs and easily catches a cold. Kojo is not as lively and playful as before.

He is usually dull and sleeps more often. A church member advised her to continue breastfeeding, but she doesn’t see the need because she feels her son is already grown.

She narrated that she wished she could afford special children’s milk and food for Kojo, but with only GHS 30 to spend for the household each day, this was impossible.

The resident panellists, Naana Anane Adjei, a Registered Dietitian and Gifty Anti, a renowned TV host and an influencer for the campaign once again brought their practical knowledge and expertise to the show by educating Ghanaians about iron deficiency in children.

According to Naana Anane-Adjei, babies are born with iron stored in their bodies but a steady amount of additional iron is needed to fuel the child’s rapid growth and development.

As such, it is important not to wait too long before starting to give them iron-rich foods and iron fortified foods since iron plays an important role in their immunity and growth.

Children who do not have adequate iron can be inactive like the case of Kojo who now over sleeps and has become quite dull in demeanor.

Oheneyere Gifty Anti highlighted that iron deficiency in children can simply be treated with nutrition that is affordable and can be found everywhere. She gave some friendly foods tips for children.

“Mothers should include carrots and dry fish by blending it with porridge for children. Also, fortified milk can be added to the porridge to ensure the child gets the right nutrients needed to grow. In addition, giving the child fruit with their meals as Vitamin C is also crucial to help baby’s body absorb iron from the meals,” she said.

The host mentioned that he has received positive feedback on the discussions from friends and family, “This means the issues we talk about are happening in real life. I’m happy Ghanaians are learning more about iron deficiency and how it can be prevented”.

In wrapping the week’s discussion, the panelists gave a summary that iron deficiency in children can become a thing of the past as it can be prevented with proper nutrition. In order to keep children’s growth and development on track, parents and guardians should offer iron-rich foods during meal and snack time.

Watch out for the next discussion on ‘Live Strong with Iron’ campaign on Thursday, September 17, 2020, on Adom FM at 4:00 pm. The campaign is sponsored by Nestlé.

DISCLAIMER: The Views, Comments, Opinions, Contributions and Statements made by Readers and Contributors on this platform do not necessarily represent the views or policy of Multimedia Group Limited.
Tags:
Gifty Anti
Live strong with Iron campaign