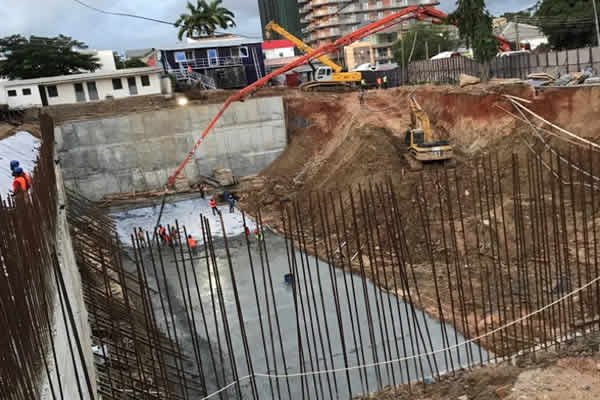 An Accra High Court has convicted Director of KASS Plus Company, Adamu Awudu, for contempt.

He was dragged to court by the Association International School, that had raised concerns about its construction of a 22-storey building in the Airport Residential area.

The school had contended that the construction poses health challenges to the residents and the school children.

The school had further argued that a court order dated August 27, 2019, had directed that construction be halted once they are done with works on retaining walls.

Justice Nicholas Abodakpi who heard the case Tuesday, April 7, 2020, found the company guilty of contempt for going ahead with construction.

He sentenced the representative of the company to a fine of 2,500 penalty units, (GH¢14, 400) or in default three months’ imprisonment.

Headmistress of the school, Audrey Doryumu, has welcomed the ruling.

She told JoyNews she hoped the court’s decision send a signal to the company that “‘they cannot continue to do things that are wrong just because they are well-connected. The laws of our land are there for us to follow.”

This lesson she said, must be to other groups who seek to take advantage of others because they “do not have a voice”.

Mrs Doryumu explained that ruling was a victory for the residents and called on relevant authorities to ensure that ongoing building projects within the community are executed within the remits of the zoning laws and statutory requirements.