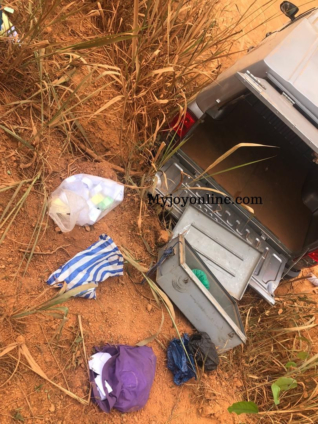 Six Policemen accused of masterminding Bullion van robberies in Accra have been discharged by the Accra Circuit Court.

The presiding judge, Patricia Amponsah discharged all six Policemen after the state prosecutor, Deputy Superintendent of Police (DSP) Sylvester Asare stated that it was the decision of the prosecution to withdraw the case.

The State Prosecutor decided to withdraw the case after the prosecution failed to file witness statements needed to allow the hearing of the case.

DSP Sylvester Asare told the court that the prosecution withdrew the case due to frustration by the representatives of the accused persons.

All six Police officers pleaded not guilty to the charges against them.

After an attempted bullion van robbery at North Kaneshie in February this year, the Police launched investigations into the incident, which led to the arrest of Constable Reindolph Gyimah Ansah, alias Pablo (deceased], who admitted the offence during interrogation.

According to DSP Asare, further investigations led to the arrest of Lance Corporal Stephen Nyame (also deceased) and the six accused persons.

The State Prosecutor told the court that during investigations, the late Lance Corporal Nyame and Constable Ansah admitted being involved in the robberies and gave out the names of two Nigerians as their accomplices.

The deceased Police officers told prosecutors that the weapons used in the robberies were with their Nigerian accomplices who resided around Ashaiman.

DSP Asare added that on March 6, 2022, Lance Corporal Nyame and Constable Ansah led the Police to Ashaiman to arrest the two Nigerian accomplices but the two sustained gunshot wounds during the operation and died later.

The accused Police officers were since March remanded in custody and have been appearing before the court. They were denied bail more than five times.

Threat to strike Out

The court in June threatened it would strike out the case due to the prosecution’s delay in the trial process.

The presiding judge said the delay is worrying, and the incarceration of the accused is inconsiderate.

They argued that their clients were being punished even before the trial could begin and that state prosecutors had no evidence against their clients, hence their delay in filing their witness statements.

DISCLAIMER: The Views, Comments, Opinions, Contributions and Statements made by Readers and Contributors on this platform do not necessarily represent the views or policy of Multimedia Group Limited.
Tags:
Bullion van robberies
court
Policemen