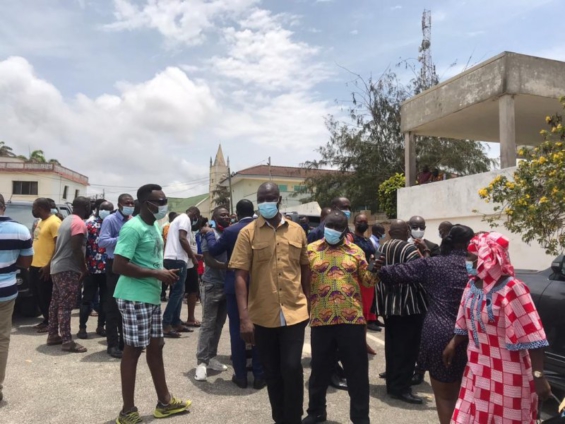 A Cape Coast High Court on Monday set the grounds for the trial of Assin North Member of Parliament (MP), James Gyakye Quayson’s dual citizenship at a case management conference.

The Court presided over by Justice Kwasi Boakye, scaled down about 15 issues presented by the counsels in the case to three to facilitate the conducts of a trial scheduled to commence on Wednesday, May 12, 2021.

The main issue in contention as made known at the conference to support the conduct of trial would be based on whether or not the MP was qualified to contest the parliamentary election at the date he filed his nomination and whether he can still hold himself as MP after he has been sworn into office.

Justice Boakye emphasised at the conference that there would be no adjournment of the case and that the counsels must try by all mean to avail themselves for the case to proceed.

Hence, the High Court Judge warned that counsels could only absent themselves only on serious health grounds.

At the conference, it was agreed that the counsels for the parties (petitioner and the two respondents) would be required to state their legal reasons for their suit based on regulations, case precedent among others applied to the facts of the case on their next sitting.

It would be recalled that a resident of Assin North, Michael Ankomah Nimfah, on January 6, applied for an interlocutory injunction to restrain Mr Quayson from being sworn-in or hold himself as MP.

He contended that the MP-elect was not eligible on the basis that at the time he (Quayson) filed his nomination to contest as a parliamentary candidate, he was still a citizen of Canada.

Among other reliefs, the applicant wanted the Cape Coast High Court to declare the nomination filed by Mr Quayson as “illegal, void and of no legal effect”.