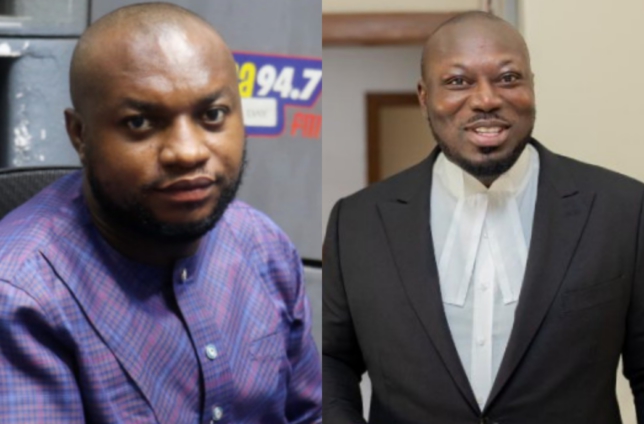 The Amasaman High Court says the the newly elected National Youth Organiser of the NDC, George Opare Addo, popularly known as ‘Pablo’ should not carry himself as such following an injunction application granted by the court on Friday.

The application was filed by the defeated National Youth Organiser aspirant of the NDC, Ernest Yaw Brogya Genfi, together with two other plaintiffs.

In its ruling , the court further added that the leadership of the National Democratic Congress should not recognise Pablo as the National Youth Organiser or proceed to swear him into office.

According to the Court, it granted the 10 day injunction after reading the affidavit of the plaintiff, Brogya Genfi, and listening to his lawyer, Kojo Abban.

In the ex parte motion filed, Brogya Genfi’s lawyers prayed the Court to among others, restrain, “the 5th defendant (George Opare Addo), from presenting himself to be acknowledged and or sworn in by the 1st defendant and or its officers, as the duly elected National Youth Organiser of the 1st Defendant for a period not exceeding 10 days from the date of the order upon the grounds contained in the supporting affidavit.”

This development, which comes on the eve of the NDC’s National Delegates Congress, follows a hint by the plaintiff on Thursday.

Speaking on Asempa FM on Thursday, Brogya Genfi said, he will challenge the outcome of the party’s recently held Youth Organiser election in court.

According to him, the election was marred by glaring manipulations, hence his decision to protest the results through a legal suit.

Mr Genfi explained that Saturday’s poll was disrupted by many unfortunate developments, which were orchestrated to favour the incumbent, George Opare Addo.

Expressing his sentiments, he said it will not be healthy for the NDC to condone such schemes, hence his resolve to seek justice.

“Oh yes, as for that one, I’ll confirm to you; I’ll seek legal redress”, he stresed in his interview with host, Philip Osei Bonsu (O.B).

It will be recalled that on Saturday December 10, The incumbent, George Opare Addo, retained his position after a keenly contested election at the University of Cape Coast.

Pablo, as he is affectionately called, beat Brogya Genfi, his sole contender by obtaining 533 votes.

Brogya Genfi, on the other hand failed to annex the portfolio, after amassing a total of 508 votes of the valid votes cast.

Pablo’s win marked his second successive victory over Brogya Genfi, after beating him in the 2018 contest.

However the aftermath of the elections was marked by some verbal exchanges and tantrums between the two contestants on various platforms.

While Pablo insisted on his victory, Brogya Genfi claimed otherwise; leading to a war of words between them as well as as some of their supporters.

Meanwhile, the NDC will hold the next phase of its National Delegates Conference tomorrow, to elect a new national chairman, secretary and persons to occupy other portfolios.