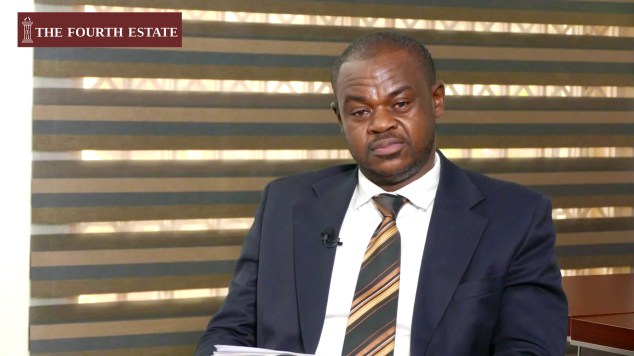 The Labour Court in Accra has struck out 41 pages of a 64-paged document submitted by lawyer for Lighthouse Chapel International (LCI), Rodney Heward-Mills, as defence against a petition by one of six former Pastors of the Church, Larry Odonkor.

Judge Frank Aboadwe Rockson’s judgement on the defence filed by LCI followed oral arguments by counsels for the plaintiffs and defendant in the case of the alleged non-payment of SSNIT contributions, exploitation and emotional abuse brought before it by some six former Bishops and Pastors of the Church.

During the first hearing of the case in May this year, lawyer for the Church, Rodney Heward-Mills appealed for more time to file his defence after the 14-day period to respond to writs served them, elapsed by over a month.

He was subsequently given 14 extra days and a fine of GHC1,000 was awarded against the Church.

But presenting his 64-paged defence to the Court, Rodney Heward-Mills countersued the six former members of the Church’s clergy for defamation.

The defendant also attached 36-pages of articles written by The Fourth Estate and five pages of social media posts made by Larry Odonkor to back his claims that the suit was a deliberate attempt by the former employees to bring the name of the Church into disrepute.

However, the counsel for the six former employees of LHC, Mr. Kofi Bentil, disagreed.

When he took his turn, Mr. Bentil, argued that the Church’s defence statement was, “an abuse of the processes of the court.”

According to him, the bulky defence presented to the court included materials not relevant to the case at hand.

Quoting a civil procedure written by S. Kwame Tetteh, Mr. Bentil explained that in filing a defence to a case, one must only state facts and not allegations as seen in the 64-paged defence.

He also quoted the High Court Civil Procedure Rules, which states that not more than three pages are allowed when attaching particulars to a pleading.

The judge, Justice Frank Aboadwe Rockson then ruled that the 64-paged document does not qualify as a brief.

Giving more details, the judge explained that Order 11, rule 17 of the Constitutional Instrument (CI) 47, states that “pleadings shall be a summary form of the material facts of a party’s case”.

Again, the defence document must set and frame the issues for litigation and should only contain facts and not allegations.

Justice Rockson also awarded a GHC3,000 cost against Lighthouse Chapel International after counsel for the plaintiffs, Kofi Bentil urged the court to reward cost for the time spent.

Six ex-pastors of Lighthouse International have dragged the Church to court for failing to pay their Social Security and National Insurance Trust (SSNIT) contributions in full while that of others, were not paid at all.

Together, these six ministers of God laboured for a cumulative 42 years and five months, without their pension contributions being paid. The National Pensions Act 2008, (Act 766) requires employers to pay on behalf of their employees, monthly contributions to the SSNIT pension scheme.

Most of them, who served as student-leaders in the gospel, say they were not given employment letters. There was also no formal employer-employee relationship when they transitioned into full-time service of the Lord after graduation.

The six have since resigned from the Church for various reasons and dragged the Lighthouse Chapel International, which used to be the epicentre of their spiritual and social lives, to court.