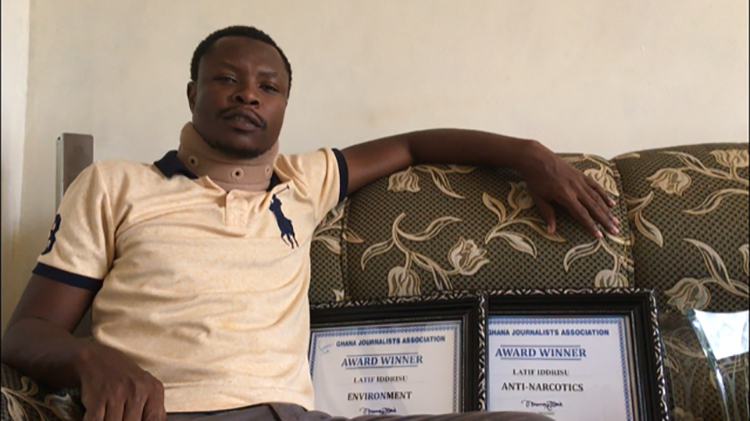 An Accra High Court presided over by Justice Cynthia Wiredu has dismissed an application seeking to remove Multimedia Group as the second Plaintiff in the Latif Iddrisu assault case.

The trial of the case filed in 2019 was originally set to start sometime in March 2021 until the defendants, the IGP and the Attorney general, filed the motion to amend their defence.

The processes were delayed but the defendants later filed a motion to strike out the second Plaintiff in April 2022.

Matters dragged until today November 14, 2022, when the court gave its ruling dismissing the application.

The court has set a new date for the trial of the substantive case to begin on January 30 2023.

The defendants had contended that “the pleadings of the second plaintiff do not disclose any reasonable cause of action against the defendants and thus same ought to be struck out”.

(a) it discloses no reasonable cause of action or defence; or,
(2) no evidence whatsoever shall be admissible on an application under subrule (1)(a).

However, the lawyer for Latif Iddrisu and the Multimedia Group Samson Lardy Anyenini in his submission pointed out to the court that since March 2018 when the first plaintiff was assaulted, the second plaintiff has incurred and continues to incur expenses for the treatment of 1st plaintiff both in Ghana and abroad.

He proceeded to argue and prayed the court to dismiss the application.

After carefully reviewing both arguments, Justice Cynthia Wiredu on Monday, November 14 2022, dismissed the application and set January 30 for trial to begin.

Latif Iddrisu suffered a fractured skull when he was brutally assaulted by some police officers at the CID headquarters back in March 2018.

The journalist continues to suffer the cascading effects of the injury.

DISCLAIMER: The Views, Comments, Opinions, Contributions and Statements made by Readers and Contributors on this platform do not necessarily represent the views or policy of Multimedia Group Limited.
Tags:
Accra High Court
Latif Iddrisu