Court to rule on Agordzo’s bail application on January 21 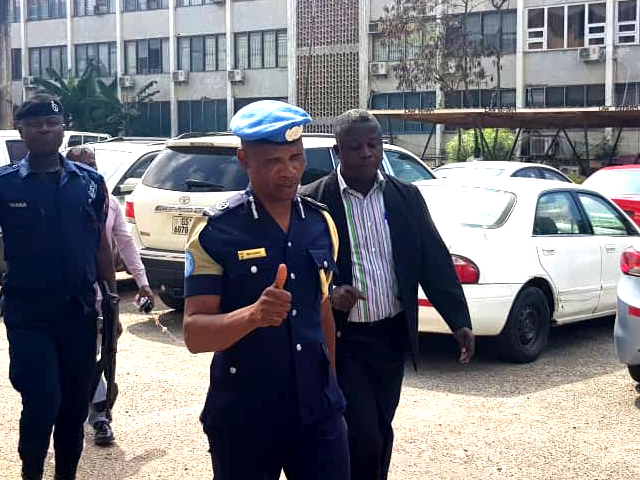 An Accra High Court has set Tuesday, January 21, to rule on whether or not ACP Benjamin Agordzo should be granted bail.

This follows some extra documents filed last week by his lawyers to push for his bail.

The senior police officer who has been in police custody after two bail applications were denied in November 2019 by an Accra High Court, has been accused of being involved in a plan to topple the government.

During court proceedings Thursday, lawyers of ACP Agordzo led by Martin Kpebu, filed indentures of proposed sureties adding the senior police officer is not a flight risk and he is eager to see the commencement of trial to clear his name of all charges leveled against him.

Senior state Attorney, Hilda Craig, argued that ACP Agordzo could use his position to interfere with investigations if he is released on bail.

She added that the witnesses from the BNI, National Security and the Police Service who will testify against him could be compromised, once the senior police officer is released on bail.

In a swift reply, Martin Kpebu told the court denial of the ACP’s personal liberty constitutes serious violations of his priceless human rights and hence should be granted bail.

The court presided over by Justice Ekow Baiden, will rule on the case next week.

DISCLAIMER: The Views, Comments, Opinions, Contributions and Statements made by Readers and Contributors on this platform do not necessarily represent the views or policy of Multimedia Group Limited.
Tags:
Accra High Court
ACP Agordzo