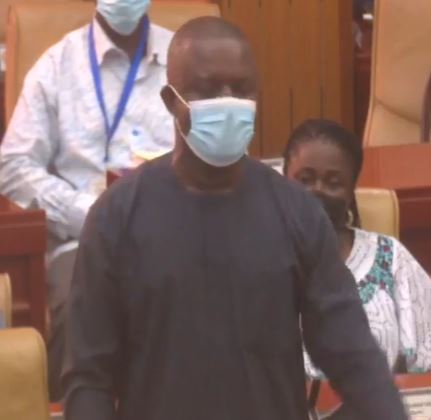 MP for Yapei-Kusawgu Constituency has debunked claims by government that the recent economic hardships are a result of the Covid-19 pandemic.

According to John Jinapor the problem is a result of the mismanagement of state funds, as well as the incessant borrowing by the current administration.

“There’s been an attempt to blame the current hardships that we find ourselves on Covid but the issue of Covid is neither here nor there,” he said on the floor.

He made these comments during Parliament’s debate of 2021 budget review on Tuesday.

It also follows the reading of the 2021 budget statement presented before Parliament by Caretaker Finance Minister, Osei Kyei-Mensah Bonsu.

During the presentation, the caretaker Minister announced government’s decision to introduce new levies as a way to cushion the economy against recent hardships.

The Majority Leader blamed the shortfalls in the economy on the Covid-19 pandemic.

“What we are seeing defies logic, it defies economics and it cannot stand the test of time,” he said.

“Covid has only done is to confirm the poor state of the Ghanaian economy which was hidden in terms of figures because if your debt to GDP ratio is growing at a slow pace, and your GDP is growing at a higher pace and if your deficit, which then becomes the loans and the debts, are also low at around 5%, how come today we have a debt to GDP of above 76%?” he added.