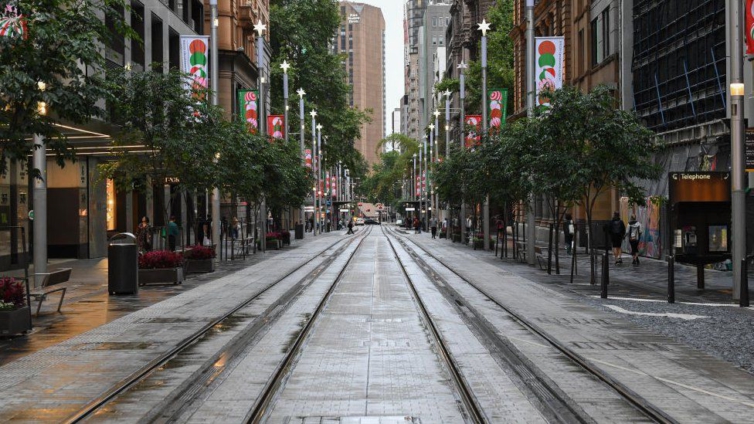 Australia’s most populous state has announced new restrictions for the Greater Sydney area in an attempt to contain a growing outbreak of Covid-19.

Household gatherings will be capped at 10 people and hospitality venues at 300 until Wednesday. Residents had already been told to stay at home.

The cases were found in the city’s Northern Beaches area, which entered a five-day lockdown on Saturday.

Since then Sydney residents have rushed to leave the city ahead of Christmas.

Thousands have travelled from the city in New South Wales (NSW) to the neighbouring state of Victoria. In response, Victoria will close its borders to residents of Greater Sydney and the NSW Central Coast from midnight. People will then face a 14-day quarantine.

South Australia state also said all arrivals from the Greater Sydney area would have to quarantine for 14 days from midnight. People who have been in the Northern Beaches area will be barred from the state entirely.

The outbreak has also forced organizers of the Sydney to Hobart yacht race to cancel the event for the first time in its history.

Until Wednesday, Australia had recorded just one locally transmitted infection in the past fortnight. The country, which is considered a relative success story of the pandemic, has recorded about 28,000 infections and 908 deaths in total, according to a Johns Hopkins University tally.

The restrictions in Greater Sydney – including the Central Coast and the Blue Mountains – can be lifted if no cases of community transmission are reported.

Speaking at a news conference, NSW Premier Gladys Berejiklian urged people in the Sydney area to wear face masks in public although it was not mandatory. Earlier she pleaded with all residents to limit their activities over the next few days and stay at home “unless you really have to” go out.

More than 250,000 residents have been banned from leaving their homes except for work, exercise, essential shopping and compassionate reasons until Wednesday.

Those living in other parts of Sydney have been told to avoid the area. The NSW government has urged all locals to wear masks in public areas like supermarkets and churches and to be on “high alert”.

The next five days has been described as a “tipping point” by epidemiologist Mary-Louise McLaws. “We can only hope that it remains focused in the Northern Beaches, but if it goes across all of Australia, then we will need more tightening.”

Tests have shown that the outbreak is similar to a strain of Covid-19 found recently in quarantined travellers, state officials said. But authorities still do not know how it got into the community.

They said it had spread after one couple failed to isolate at home while awaiting coronavirus test results. Their 11 December visit to a popular lawn bowls club and pub in the Northern Beaches suburb of Avalon has now been identified as the “super spreader” event.

However, it is unclear how the couple – who had not travelled overseas – became infected.

Since Australia closed its borders in March, its outbreaks have largely begun with breaches in its hotel quarantine system for returned international travellers. Such instances led to Australia’s biggest outbreak in Melbourne.