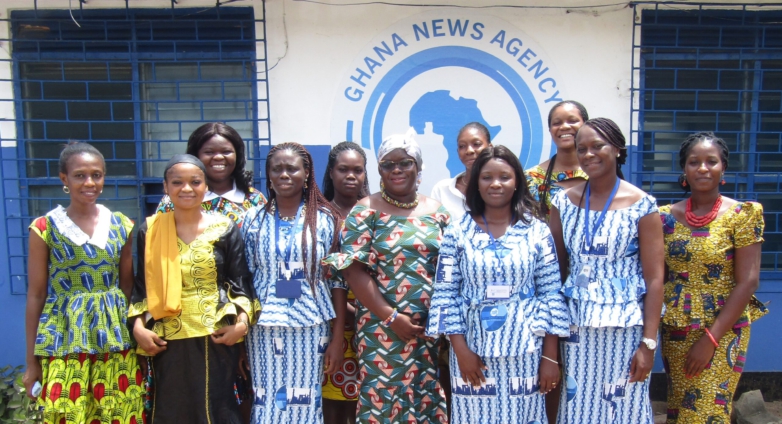 The Convention Peoples’ Party (CPP) has challenged women to take up roles in male-dominated professions to break the barriers and make an impact in those fields of endeavour.

“We must not be satisfied with any position, we must dare to climb upwards”. The CPP Chairperson said this during the eleventh monthly stakeholder seminar organized by the Ghana News Agency to address national issues.

Speaking on the topic: “The path of women entrepreneurs: Challenges and Prospects,” Nanahemaa Kumankuma urged women to organise things properly as they acquire skills in various fields, especially the technology field.

Nanahemaa Kumankuma noted that even though the voices for women’s equality, advancement, and advocacy continued to gain momentum, they were not making the required impact, and women needed to catalyze the change through impactful engagement at the top level.

She said, “we cannot simply continue an outdated conversation for women’s equality, the rate of change is not fast enough for the heightened expectations around equality.”

She said that despite the best intentions of gender advocates, structures continue to emerge to fight against the interest of women.

Nanahemaa Kumankuma noted that from the political, economic, governance, social, religious, and other fields, the national and grassroots movements had only created dialogue and sparked conversation around gender parity.

“We have not yet fuelled enough fire to evolve thinking or push through to see substantive changes.”

“If we are to challenge the status quo and impact change, we must consider how our biases, conscious or unconscious, are affecting our daily conversations and practices,” she said.

The CPP Chairperson noted that these biases included the tendency to associate with people who remind us of ourselves or search for information in a way that confirms our own perceptions and firmly held beliefs.

“We need to dig deeper to explore our differences and challenge the status quo. This logic can transcend the more practical applications, such as recruiting strategies, hiring practices, or promotion criteria, and ask us all to self-reflect,” she said.

Mrs Florence Essel, GPHA Assistant General Manager in Charge of Administration, speaking on the topic: “Prospects of women in the blue economy: Women’s contribution to the GPHA’s 60 years of operation,” said that some of the machines and other operational mechanisms made it virtually impossible for a female to enter those fields in the past but now the situation was changing.

Mrs Essel said 16 percent of the entire staff at the GPHA were females, adding that the Transit Area is also headed by a female while some females were at the Management Departments.

Sika Ramatu Lawson, a Project Electrical Engineer at the Department of Electrical Engineer at TOR, who spoke on “Prospects of women in the oil refinery sector: Women’s contribution to the success story of the Tema Oil Refinery,” said the refinery which was a purely engineering-oriented field of work, was predominantly male-dominated as fewer women study and work in that area.

Cynthia Kwarteng Tufuor, SIC Area Manager for Tema Region, speaking on “Prospects of women in the insurance industry: Women’s contribution to the SIC Mission,” said women form about 60 percent of the workforce of SIC Insurance but occupy 35 percent of leadership positions.

“Works that in the past demanded physical manpower have changed as machines are now being used to manage those. This makes it flexible for the female to also operate the machines.”

DISCLAIMER: The Views, Comments, Opinions, Contributions and Statements made by Readers and Contributors on this platform do not necessarily represent the views or policy of Multimedia Group Limited.
Tags:
CPP
Nanahemaa Frempong Sarpong Kumankuma
Women Empowerment