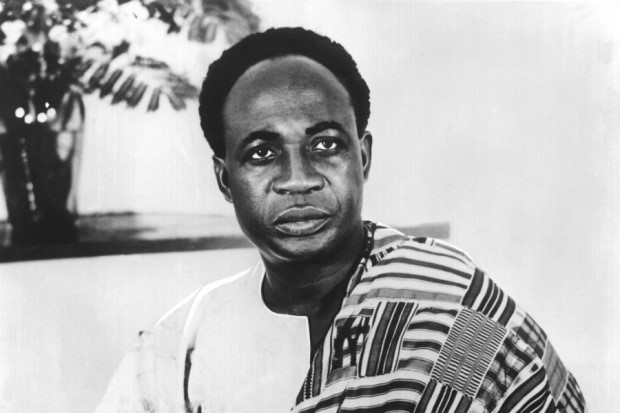 The Convention People’s Party (CPP) has alleged that Ghana’s first President, Dr. Kwame Nkrumah was not given a befitting burial by the state.

The party has therefore announced that it will organise a fresh burial ceremony for the late freedom fighter in November, 2022.

The CPP believes the “restless” soul of Dr. Kwame Nkrumah needs to rest.

General Secretary of the party, Nana Yaa Jantuah disclosed this to the media at the Kwame Nkrumah Mausoleum, on Wednesday, while commemorating 50 years of Nkrumah’s death.

“…perhaps, his wonder was am I going to get a befitting burial when the Lord calls me. A befitting burial he did not get, a restless soul which needs to rest is the bane of Osagyefo Dr. Kwame Nkrumah.

“It is on this premise that the convention people’s party and like-minded people in the diaspora and African countries would organise a befitting funeral for Osagyefo Dr. Kwame Nkrumah, the first President of the Republic of Ghana and the doyen of Pan-Africanism movement in the world. This event would take place in November, 2022,” she announced.

The party also added that “in no time, the CPP will bring out the timetable of activities that will culminate in the actual funeral and will also inaugurate a funeral committee in due course.”

The CPP reiterated its demand for the government to return assets seized from Dr. Kwame Nkrumah after he was overthrown in 1966.

“On this occasion, we want to reiterate our request for the return of assets of the CPP as the move to deepen comradeship and promote reparation. Your Excellency, it will be worthwhile to return to us the Information Ministry building and the Ghana National Fire Service headquarters among many others. Your Excellency, we hope you oblige us this request,” Nana Yaa Jantuah said.

Kwame Nkrumah died on April 27, 1972, while battling cancer. Dr Nkrumah was 62 years old when he passed away.

His last breath was not in the country he fought to help attain independence from British colonial rule. Kwame Nkrumah died in Bucharest, Romania.

Dr. Nkrumah was overthrown by a coup led by Col. Emmanuel Kwasi Kotoka on February 24, 1966. He was out of the country when his administration was ousted. Dr Kwame Nkrumah was also the country’s first Prime Minister.

Meanwhile, today being a golden jubilee since his death, some Ghanaians on social media have lauded Nkrumah for his remarkable achievements.

50 years after his death, he remains unparalleled and incomparable! He lived centuries ahead of his peers. A man of vision and foresight. The Great African! Osagyefo Dr. Kwame Nkrumah. #KwameNkrumah pic.twitter.com/RnK8ju6slo

How I wish I could have conversations with Osagyefo Dr.Kwame Nkrumah…🤗. Like, sit with him on some balcony surrounded by nature talking about #Ghana, #Africa, #Unity and the systems work of Ubumuntu. My heart aches sometimes knowing I never won’t get this.

His books were burnt but his name lives on and to those who are going to heaven and hell in this era to eliminate his name from the history of GH now, save ur energy cux he Dr. Nkrumah lives in our hearts and generations to come https://t.co/WLgtMDV9qt

DISCLAIMER: The Views, Comments, Opinions, Contributions and Statements made by Readers and Contributors on this platform do not necessarily represent the views or policy of Multimedia Group Limited.
Tags:
50 years since Nkrumah's death
CPP
Dr. Kwame Nkrumah