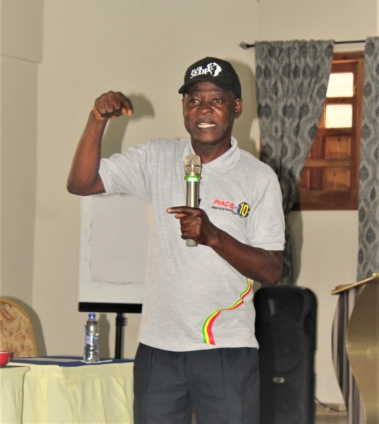 The Ghana Extractive Industry Transparency Initiative, GHEITI, is making a case for the creation of laws to manage revenues accrued from the mining sector as it is done for the oil and gas.

Speaking to some members of the Institute of Financial and Economic Journalists, Dr. Mantaew charged the government to do the needful in safeguarding investments in the sector.

“If you look at the Petroleum Revenue Management Act (PRMA), it gives some guidelines in managing the revenue in a form to have some funds available after the oil resources are depleted, so that future generations can benefit”.

“However, the country is not giving same attention to gold mining and just spending recklessly from the revenue in that sector”, he stressed.

“So, we will have nothing to live on when all the gold is depleted. And I think that is not a good way of managing resources”, he pointed out.

Dr. Manteaw further said a framework is needed urgently for the creation of mineral funds, similar to oil funds such as the heritage fund and the stabilization fund.

“We set up the heritage fund, but we don’t have that framework arrangement in the mining sector. So we will call for the same treatment to be given to gold as it is being done for oil and gas”, he charged.

GHEITI engagement with the media forms part of processes to discuss the 2019 report on mining, oil and gas which shows that the country is losing out on some key revenue streams from gold revenues.

DISCLAIMER: The Views, Comments, Opinions, Contributions and Statements made by Readers and Contributors on this platform do not necessarily represent the views or policy of Multimedia Group Limited.
Tags:
Dr. Steve Manteaw
GHEITI
Mineral Revenue
Petroleum Revenue Management Act