Ghana will begin to see development when both NPP and NDC speak against the ills of the government – Dr. Manteaw 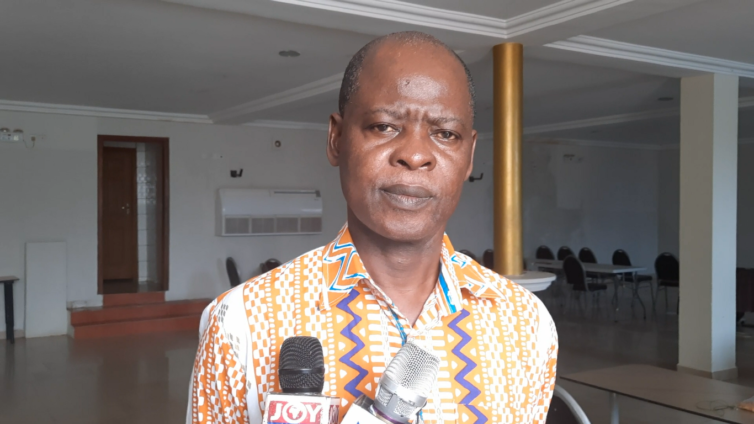 “Our politicians are using divide and rule to control the rest of us”. This is the verdict of Policy Analyst Dr. Steve Manteaw.

He insists Ghana cannot develop well unless NPP and NDC politicians tackle issues that affect the well-being of the people without their political lenses.

His comments come on the back of citizens facing the brunt of underdevelopment and poverty with revenue from the natural resources extracted in the country being mismanaged.

He emphasized the need to first recognize that we are Ghanaians before we are party followers and therefore look at issues on the table as Ghanaians.

Dr. Manteaw said, “The day we – both NDC and NPP followers – begin to identify problems and challenges facing this country and point it out to the government, that would be the day we begin to see development in this country. But until we do this, and if we continue seeing things from political lenses, then this country is not going to make headway in its development efforts”.

He made the remarks at the Ghana Extractive Industries Transparency Initiative (GhEITI) forum in Sunyani in partnership with GIZ.

The Bono and Ahafo Regions stakeholder dissemination forum was to discuss the 2019 GhEITI reports for the mining and oil/gas sectors.

It also aimed at creating the required public awareness, generating interest and debate on the issues raised in the reports, and pave way for stakeholder engagements on the reports as required by the EITI Standard.

The National Coordinator for GhEITI, Alhaji Bashiru Abdul Razak, said sixteen (16) EITI Reports in the mining sector and nine (9) reports for the oil and gas sector have so far been produced, and their findings and recommendations continue to inform policy directions of the government.

He urged citizens and stakeholders to familiarize themselves with the issues contained in the reports.

He also said the issues highlighted in the reports would be well disseminated only through sensitization among key stakeholders, hence the forum for the stakeholders, including representatives from the mining communities, districts and municipal assemblies, and nonprofit organizations.

“These discussions will put the government on checks to be more financially responsible and accountable on the use of the extractive sector revenues”, Alhaji Abdul Razak said.

Dr. Steve Manteaw, also the co-chair of GhEITI, said there is still more to do to optimize the benefits of natural resource extraction in Ghana.

He averred that the critical transition from transparency to accountability is yet to be made.

“We want to see citizens use the EITI and the Public Interest Accountability Committee reports to demand accountability from duty bearers”, Dr. Manteaw said and added that it may even involve going to court to compel people who flout the laws to do the needful.