Creating an enabling policy environment for the cashew industry in Africa, a necessity 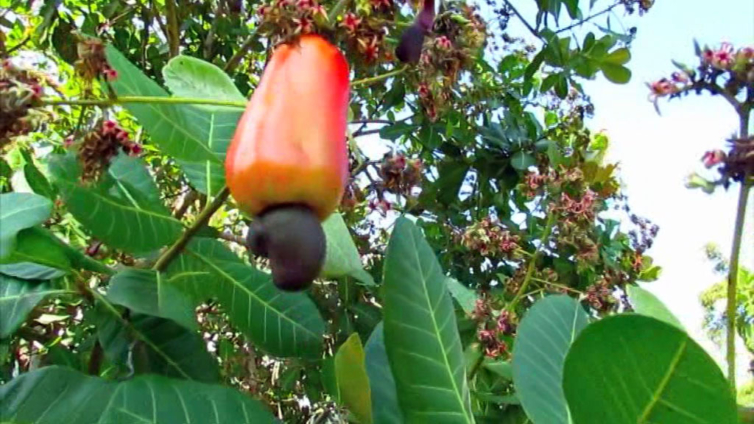 The African cashew industry has become very significant to the economic development of cashew-producing countries, through job creation and poverty reduction, and for the sustainability of the global industry.

Currently, Vietnam, the highest cashew processor in the world, imports a vast majority of its RCNs from Africa.

It was established in the article that the solution to fixing the global cashew supply chain to become sustainable lies in the growth of the industry in Africa.

Currently, even though Africa produces about 57% of global RCNs, for several reasons, including lack of proper motivation of farmers, poor farm practices and use of inappropriate seedlings and chemicals, the continent is underproducing and there is the need to increase productivity.

Processing in Africa remains insignificant, only about 10% of global processing, due to several factors including lack of access to reliable funding for local processors and poor supply chain linkages.

The continent is also faced with freight and internal transportation challenges, including delays in shipment and poor road networking, which make trading and export of cashew difficult, especially among producing countries in Africa.

All these challenges come down to policy regulation of the cashew industry in Africa.

Over the years, policy regulation has been a major challenge for the growth of the cashew industry in Africa.

Giving an overview of the policy regulations in the cashew industry at a panel discussion, sponsored by the United States Department of Agriculture (USDA)/ ProCashew project, during the 15th annual African Cashew Alliance (ACA) conference in September 2021, a Market Information Systems (MIS) and cashew supply chain expert, Jim Fitzpatrick, explained that policy regulation has been a major challenge in the industry, indicating that it is not just an African challenge but a global industry problem.

“In the cashew sector, the challenge of balancing the expectations of the private sector and the public sector priorities has proved to be very challenging wherever you look, not just in Africa but around the world,” he said.

He added that the significant problem regarding policy regulation within the cashew industry in Africa and beyond is market volatility.

He explained that “the volatile nature of the cashew market is resulting in a distorted flow of market information, mostly a mixture of rumours, speculations, and misinformation”.

This, he said, is also affecting the regulatory response from countries and sometimes leading to “unintended impacts” on the industry.

Regulatory structures in place in Africa

In Africa, several cashew-producing countries have put various structures and institutions in place to regulate the industry.

Programs Director of the Cultivation ProCashew Project, Olivier Kabre, explained that while in some countries the regulatory structures are initiatives of the private sector, in other countries they are government initiatives with legal backings.

Cote d’ Ivoire’s Cashew and Cotton Council (CCA), according to its Director-General, Dr Adama Coulibaly, was a product of an agreement among major cashew actors and stakeholders including the government.

According to him, proper regulation and organisation of the cashew sector, especially farmgate stabilisation, encourages farmers, increases productivity and quality, while also ensuring availability of RCNs for local processors, leading to the overall growth of the sector.

The Cashew Nuts Board of Tanzania, according to its acting Director-General, Mr. Alfred Francis, performs three main functions: regulation, registration, and promotion.

He said the Board works in collaboration with the private sector to develop the cashew sector, improve the well-being of farmers and other actors of the sector.

“In promoting, we also help farmers and other actors of the cashew sector to form groups. The Cashew nuts Board of Tanzania serves as a link between the private sector and government. We incorporate the private sector in most of our work because most of the activities of the sector are done by the private sector,” he said at the panel discussion at the 15th ACA conference.

In Ghana, the Tree Crops Development Authority (TCDA) was inaugurated in September 2020 and is now the regulatory body for cashew and 5 other tree crops.

According to sections 2 and 3 of the Tree Crops Development Authority Act, 2019 (Act 1010), the Act of Parliament that established the Authority, the TCDA is to regulate and develop the production, processing, trading, and marketing of cashew, mango, shea, coconut, rubber, and oil palm.

Among others, it has also been mandated to conduct research into developing the sectors, provide technical support as well as coordinate and facilitate the capacity building of farmers, processors, traders, and exporters.

Policy regulation of the cashew sector in Ghana is hence a direct responsibility of the TCDA.

Also in 2020, the Cashew Council Ghana (CCG) was established to serve as the mother association of all cashew private sector associations and to work closely with the TCDA to regulate the cashew sector in Ghana.

In Burkina Faso, the Burkinabe Council for Cashew (CBA), the government regulatory structure, and the Cashew Inter-profession of Burkina Faso (CIAB), the mother association of all cashew actors, have been working together in regulating and organising the cashew sector.

They have over the years formulated and implemented several policies in the cashew sector.

The Cashew Promotion Institute in Mozambique and the National Cashew Agency of Guinea Bissau perform similar functions in the respective countries.

Implemented policies and their effectiveness

It indicates that regulatory policies and initiatives in cashew production have been generally successful.

While research and varietal development, technical support for farmers and processor-farmer linkage have been highly effective, others including export quality regulation, farmer market information and setting of minimum farm gate prices, have been ineffective in some countries.

The level of success and effectiveness of these policies vary from country to country.

Other policies that have been less effective at the production stage include the development of farmer groups, improvement of land tenancies/titles and farm centres, and educational establishments.

With RCN trade and export, while policies like export registration, post-harvest infrastructure improvement and farmer- exporter link have been successful and effective in most countries, export windows, export duties and warehouse receipt system come with some challenges and are as a result less successful and ineffective in some countries.

Under the processing subsector, direct subsidies in the form of profit tax breaks, and duty-free tax import to processors implemented by most countries to encourage local processing are successful and effective.

According to Jim, direct subsidies are equally effective but expensive. There are however challenges with the export window as Jim believes it may have “unintended consequences”.

Research has also shown that RCN export ban, unresolved land border trade prohibition, government fixed prices, complex warehousing mechanisms, processing without linkage to producers and unrealistic targets are among policies, initiatives and interventions that have failed on a large scale in the cashew industry in Africa and beyond.

One area that needs more policy interventions is cross-border trading.

Cross-border trading of RCNs among African countries is necessary for the development of the African cashew industry.

Unfortunately, there have been instances of exports ban of RCNs across borders in Cote d’Ivoire in 2016 and Tanzania as well.

It is, however, refreshing that these countries have expressed commitments, through their leaders, that the bans no longer exist.

For Cote d’ Ivoire, according to Dr. Coulibaly, the country is open to cross-border trading in RCNs with neighbouring countries.

In Tanzania, according to the acting Director-General, the ban on RCN export has been lifted and that there are currently no restrictions to cross-border trade beyond border requirements.

A major challenge for most local processors is the unavailability of RCNs. Most processors are unable to buy and stock enough RCNs to ensure processing all year round.

As a result, most factories are only operational during the local cashew seasons.

Managing Director of the ACA, Ernest Mintah, believes while this is largely due to lack of finance, unavailability of enough RCNs within certain times of the year is also a challenge.

“Encouraging regional trading of RCNs and storage will make it easier for processors to access RCNs from nearby countries for processing. With storage and availability of RCNs all year round, they can increase processing and with time, a sizable percentage of RCNs will be processed in Africa,” he said.

There is also the need for more policies in the area of subsidies for local processors in Africa.

For the African cashew industry to grow to its full potential and contribute even more to economic development and poverty reduction in Africa, local processing of RCNs and cashew fruits should be encouraged.

This requires government commitment and support.

Over the years, countries, particularly Cote d’Ivoire, have introduced several policies and initiatives to provide incentives for local cashew processors. This needs to be maintained and even enhanced.

To achieve this, various cashew actor associations, especially farmer associations and cooperatives, should be established, strengthened, and maintained at the local and national levels.

Finally, the Consultative International Cashew Council (CICC) was established in 2016 to ensure proper cooperation among cashew-producing countries, especially in cross-boarder trading in Africa.

This Africa-led international organisation has the legal powers and financial autonomy to promote and regulate the production, processing, and trading of cashew in Africa.

However, for several reasons, including lack of funds, and lack of commitment from some member countries, the Council has not been as effective as expected.

It is important for countries to be committed, especially financially, to the Council and for those yet to join to do so. A functioning CICC will be in a better position, as rightly opined by the Chief Executive Officer (CEO) of the TCDA, Hon William Quaittoo, to introduce policies that will synchronize the different cashew sector policies at the national levels and ensure standardization to encourage cross- border trading in Africa.

The cashew industry in Africa has a great potential of becoming a major contributor to economic growth, especially in job creation and poverty reduction in the continent.

It is therefore important for governments in the respective cashew producing countries, in collaboration with the private sector and development partners like the ACA, GIZ, and USDA, to create the necessary policy environment for the industry to grow.

DISCLAIMER: The Views, Comments, Opinions, Contributions and Statements made by Readers and Contributors on this platform do not necessarily represent the views or policy of Multimedia Group Limited.
Tags:
African Cashew Alliance (ACA)
Cashew
RCN