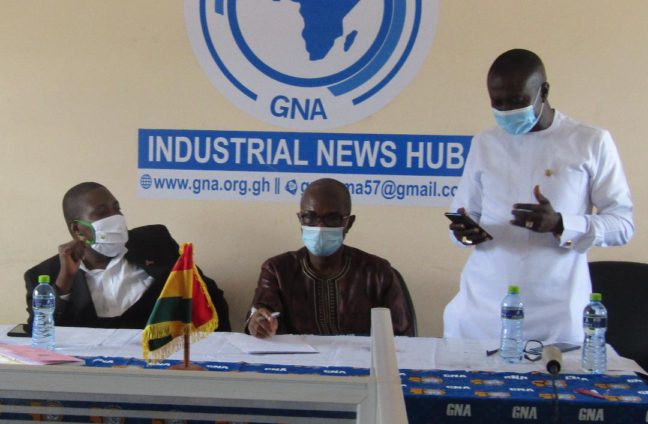 Tema Regional Police Crime Officer, Superintendent Kwabena Otuo Acheampong has disclosed that criminal activities have relatively improved within the region in 2021 compared to statistics for 2020.

The Crime Officer gave the assurance that even though there had been an improvement in crime in the region, the Command was not complacent and was still discharging its duties of protecting lives and properties as well as enforcement of the various laws.

Supt. Otuo Acheampong disclosed this during the seventh monthly stakeholder engagement and workers’ appreciation day organized by the Ghana News Agency Tema Regional Office, aimed at providing a platform for both state and none state organizations to interact with the Agency’s journalists on national discourse.

Answering a question on the crime situation of the region, he indicated that currently the Command had noticed a trend of trafficking of foreigners into the Prampram Divisional area, stating that, in the past ladies were mostly promised jobs and traffic into the country and pushed into prostitution.

He said however currently, people were trafficking young men into the area with the promise of getting them jobs only to be locked up in houses and given laptops to engage in cybercrime for their traffickers.

Supt. Otuo Acheampong added that in the Dodowa area, land related crimes involving land guards were the cases mostly seen and handled by police officers in that jurisdiction.

He revealed that cases mostly received from Ada and Sege area were defilement issues, while residents of Adjei-Kojo often have thieves breaking into their rooms to steal mobile phones and other petty things.

He added that there were also some incidents of street robberies, which often involved motorcycle riders using the rush hours to snatch peoples’ phones and bags.

He urged residents in the Tema Police Region to collaborate with the Police Service by volunteering relevant information that could lead to the arrest of criminals hiding in their communities.