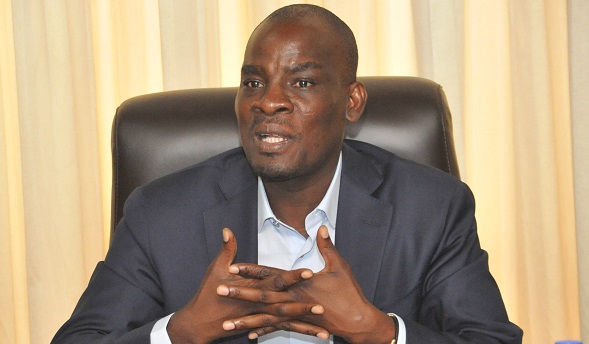 The Minority Leader, Haruna Iddrisu says the criminal charges against former Works and Housing Minister, Collins Dauda will not stand the test of law.

According to him, the NDC remains undoubted and “I do not think that these charges can stand the test of law”
Mr Iddrissu questioned why the state would proceed to press charges against Collins Dauda at the time the court is on legal vacation.

“Our very experienced and seasoned MP Collins Dauda and 4 others have been charged. Interesting times in Ghana even when the courts are supposed to be on judicial vacations. It is instructive that they are being charged when the court are themselves on vacation. What is the hurry, what is the desperation?” he quizzed.

Mr Dauda, who is a former Minister for Water Resources, Works, and Housing, has been accused of altering the Saglemi housing agreement ratified by Parliament in 2012.

But Haruna Iddirsu in an interaction with the media alleged that in May 2018, the NPP administration under Samuel Atta Akyea as Minister for Works and Housing ay some payment to the Constructor responsible for the Saglemi Affordable Housing project.

“Is it not interesting that he is being charged financial loss to the state when we have evidence that as of May 2018 some payments were made to the same contractors and yet the persons who made those payments are not being charged? It only can be a matter of selectivity,” he said.

Haruna Iddrisu further observed that “selective justice is discriminatory and in breach and affront to the article 17 of 1992 constitution”. Insisting the current prosecution of the Collins Dauda is “selective justice aimed at selective harassment and political intimidation of us.”

Mr Iddrisu led a delegation, to support their colleague MP, Collins Dauda, who is facing trial for allegedly causing financial loss to the state in the controversial Saglemi Housing deal.

DISCLAIMER: The Views, Comments, Opinions, Contributions and Statements made by Readers and Contributors on this platform do not necessarily represent the views or policy of Multimedia Group Limited.
Tags:
Collins Dauda
court
Financial loss
Haruna Iddrissu
Saglemi housing project