Crisis hits Fire Service: No fuel for fire tenders due to indebtedness 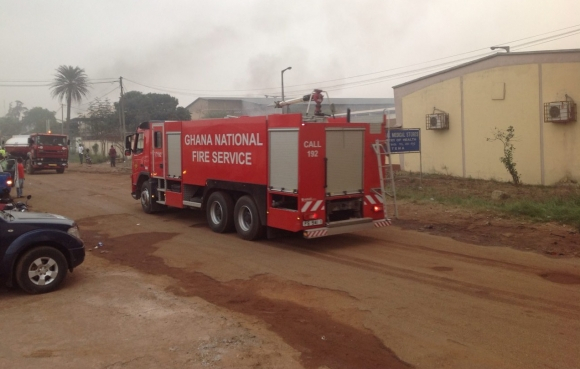 The financial crisis facing al­most every sector of the Ghanaian economy is now having a telling effect on emer­gency services in the country, to the extent that the Ghana Na­tional Fire Service (GNFS) is hav­ing challenges purchasing fuel for its fleet of vehicles in the Ashanti Region and some other parts of the country.

This means that in the event of an emergency situation in the af­fected areas, the Ghana National Fire Service will not be able to ef­fectively respond, as most of the fire tenders have been grounded due to lack of fuel.

Information gathered by Weekend Finder indicates that most of the fleet in the Ashanti Region, especially, have been grounded for some time now be­cause fuel stations are unwilling to provide them with fuel due to the huge amount of money the service owes them.-

Weekend Finder is informed that the service in the Ashanti Re­gion fuels its vehicles from Goil, but due to the huge accumulated debts to the oil company, the var­ious districts were asked to make their own arrangements to fuel their fleet from fuel stations in their various districts.

This arrangement did not also last as the fuel stations are now unwilling to serve the service due to unpaid debts.

A source in the service in the region, who pleaded anonymity, told Weekend Finder that some districts are unable to respond to calls in their jurisdiction because their vehicles have no fuel in them.

Public Relations Officer of the Ghana National Fire Service, Osarfo Afum says the service cur­rently has some challenges with Goil.

"To the best of my knowledge, we have issues with Goil, who supplies us with fuel, but as to whether we have grounded our appliances, that one I am not very sure of that. No district or regional commander will ground his appliances."

He said some specific stations wrote to the Head Office that they owed Goil, and for which provisions to defray some of the debt were made so the station can continue to supply fuel to the service in those areas.

He, however, did not have the figure of the outstanding debt the service owed Goil.

He explained further that fuel allocation for the Ghana National Fire Service is done by the gov­ernment in the form of coupons, which is collected from Goil and further distributed to the various regions and districts for fueling the service's fleet of vehicles.

He said Kumasi had issues with fuel because they run out of coupons after the Central Market Fire incident, which happened a couple of weeks ago.

He explained that, after the fire incident, the Ashanti Regional Command made a request to the National Headquarters in Accra for support to enable them fuel their vehicles because they had exhausted all their coupons for fuel.

"So a quantity of allocation was made available to them, but as to whether they have also ex­hausted that one and they still need additional fuel, that one I don't know," he noted.