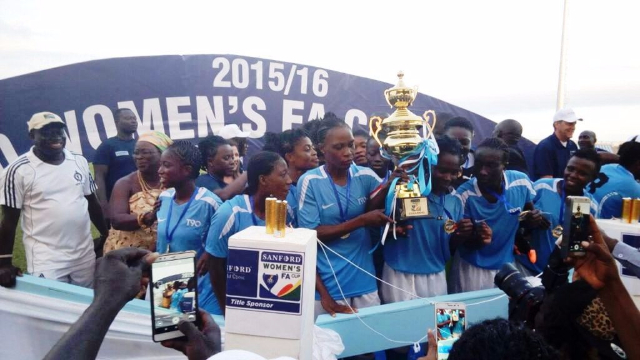 The Sanford Women’s FA Cup is set for crunch semi-final duels this Saturday at the Asamoah Gyan Sports Complex at Accra Academy.

All four teams involved are set for a slice as they seek to make it to the October 21 final, which will be played at the Cape Coast stadium.

Apart from Prison Ladies who didn’t start the Season positively, the other three semi-finalists, Police Ladies, Immigration Ladies, and

Ampem Darkoa Ladies, were consistent and impressive and their being at this stage of the competition truly reflects their form.

Defending champions Police Ladies will be hoping to be the first team to a make a successful final berth when they play as host of Immigration in the first semi-final of the day. If Police win, they become the first side to appear in the finals two times since the tournament was inaugurated last year.

Ampen Darkoa Ladies, who are the title holders of the National Women's League, are chasing a historic double, but they have to clear a tough hurdle against Prisons Ladies.

As promised by the sponsors, Sanford World Clinics, there will be a health screening exercise for both players and female spectators who turn up for the game in Accra.

In commemoration of World Breast Cancer Day, there will be the following screening:

1- Breast Examination on all the players before the match as well as female Spectators.

It is hoped that the screening exercise will motivate more female fans to attend the games and support women’s football.