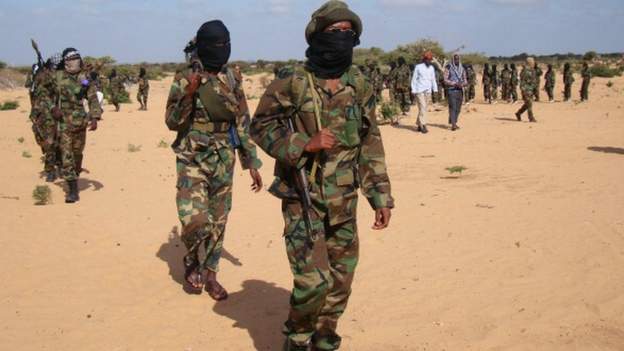 Al-Shabab is headquartered in Somalia, which borders Kenya

Kenya’s government has imposed a dawn-to-dusk curfew in the volatile coastal region of Lamu, following the killing of seven people – two of whom were beheaded – by suspected militant Islamists.

Interior Security Minister Fred Matiangi said the curfew was aimed at helping the security forces to hunt down the militants.

Several suspects have already been arrested, according to a police spokesman.

Despite the presence of Kenya and United States military personnel, al-Shabab, which is affiliated to al-Qaeda, has carried out several attacks in the region, leaving tens of people dead and homes burnt.

In the latest attack on Monday, five people were shot dead and two others beheaded.