Cyclists express worry over drivers’ hostile attitude towards them 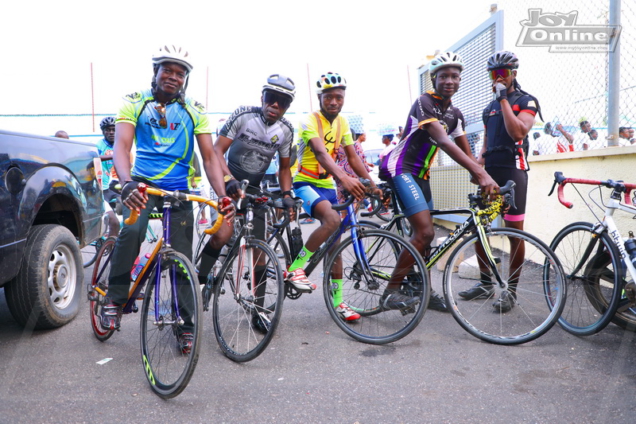 Some members of the Ghana Cycling Federation have expressed worry over what they describe as hostile attitude towards them by drivers.

The situation if unchecked, will continue to cause fatalities among cyclists and further discourage young people from venturing into cycling .

This was disclosed by Mr. Dan Sackey, a cyclist brand Ambassador for Ric Afrique Enterprise during the first ever National Fitness Day at Accra Sports Stadium in Accra.

According to him, one of his colleagues was killed last year by a speeding driver. He blamed the incident on lack of proper road demarcation for cyclists in the country.

Mr. Sackey wants the National Road Safety Commission to design a sensitization programme that will educate drivers to be mindful of cyclists as cycling is a specialized area of sports that can generate money for the country.

On his part, the Technical Director of the Ghana Cycling Federation, Mr. Shaaban Mohammed said the federation in the last few years has partnered with the Ghana Private Road Transport Union to educate drivers to avoid knocking down cyclists.

He said cycling has a huge potential that has not been exploited at the national level and therefore called on authorities to come out with a policy which will ensure the development of cycling in Ghana.

Mr. Shaaban Mohammed disclosed that through cycling, he got the opportunity to participate in the Commonwealth Games in United Kingdom.