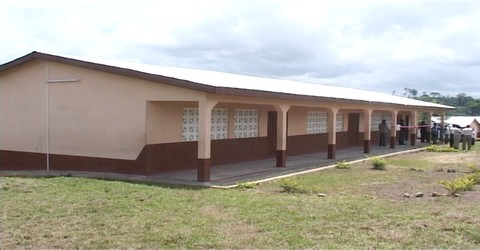 Citizens of Dapooretindongo, a suburb of Bolgatanga have over the years contributed immensely to addressing education, water and sanitation challenges in the Bolgatanga Municipality and beyond.
Dr Nicholas Atampugre, Vice Chairman of the Association of Dapooretindongo citizens who disclosed this during the launch of the Association in Bolgatanga at the weekend said the association viewed education as key to national development.
He said it therefore sought financial support from the Ghana International Foundation; a charitable arm of the Ghana International Bank in 2012 and paid school fees for 10 needy girls in senior high schools drawn from the Bolgatanga municipality and the Bongo district.
Dr Atampugre stated that in 2013 with support from the same foundation, the Association paid admission fees and bought books for 25 needy girls and five boys drawn from the Nabdam, Bongo, Chiana, Bolgatanga and the Talensi areas who secured admissions to senior high schools.
The Vice Chairman indicated that although the association had its origin from the Bolgatanga Municipality, it did not discriminate in its support services to the people of the Upper East Region; and added that, apart from the support in education, it organized vacation and remedial classes for students of senior high schools.
He explained that the Association also identified negative attitude towards education as a major challenge confronting the Region and therefore facilitated the composition of songs in the Gurune language to drum home the importance of education.
Peace and Security he noted, were other areas the Association was tackling by developing the cultural heritages of the people and added that, the association would solicit financial support to take care of the education of needy students, particularly girls.
The Municipal Chief Executive, Mr Edward Ayagle commended the Association for the initiative and entreated other groups to emulate its activities; saying, the move was laudable as the Assembly alone could not tackle all the challenges of education and sanitation.
He impressed upon the Association to help to educate citizens to release land for government projects, adding that, government had prepared compensation packages for affected persons.
He lamented the quantum of land sales by some communities and said if the phenomenon was not checked, it would affect future generations.
The Acting Regional Director of Zoomlion Ghana Limited, Mr Abubakar Issaka stated that the issue of proper environmental sanitation was a shared responsibility and called on stakeholders to get involved in the fight against the menace.

The theme for the launch was “Improving our Communities through sanitation”. It attracted the association members from Accra, Tema and Bolgatanga.