Davido and Chioma hint at tying the knot in 2023 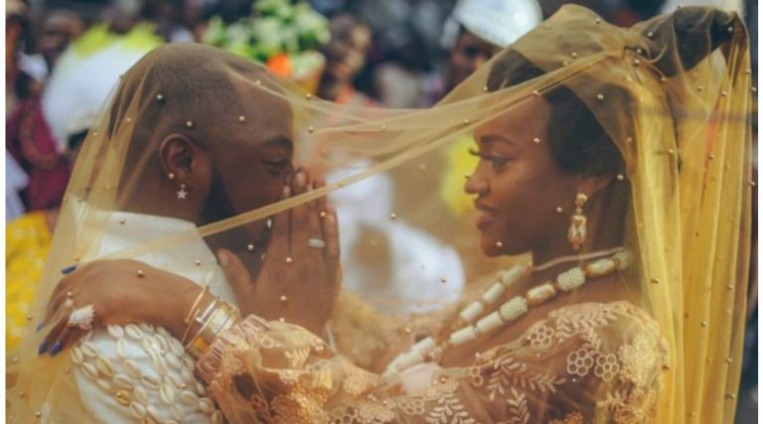 Nigerian musician Davido has hinted he would be marrying his girlfriend and mother of his son Chioma Rowland in 2023.

In a video shared on social media, the ‘If’ hitmaker gave fans a clue about his impending nuptials while in the company of UK-based Nigerian pastor, Tobi Adegboyega.

Pastor Tobi Adegboyega was seen hugging Chioma in the video.

He praised her saying “our wife, our real wife.”

This comes after the celebrity couple reignited rumours of their reconciliation in September.

The two were spotted together holding hands while attending the musician’s concert held in the US.

Chioma Rowland was also seen wearing one of the new 30BG pendants worth millions of dollars Davido had customised for members of his camp.

The chef’s pendant had the inscription ‘002’ which some fans speculated meant she is the second in command in the ‘If’ hitmaker’s camp.

They were later seen together in church and at other places together.

Davido and Chioma dated for over three years and called it quits in 2021. Chioma and Davido started dating in late 2017 and went exclusive the following year.

The music star proposed to her in 2019, days after their introduction. They welcomed their son, Ifeanyi that same year.

However, in February 2021, it was revealed they had broken up after Davido was spotted holding hands with Yafai, an Instagram model while on holiday in the Caribbean.

This was followed, by a series of loved-up photos of the two that broke the Internet in March 2020.

In March 2022, some fans were happy to see the couple again hang around each other following their break up.

Davido had flown his ex-girlfriend Chioma Rowland and their two-year-old son Ifeanyi Adeleke to London ahead of his 02 Arena concert.

DISCLAIMER: The Views, Comments, Opinions, Contributions and Statements made by Readers and Contributors on this platform do not necessarily represent the views or policy of Multimedia Group Limited.
Tags:
Chioma
Davido
Marriage