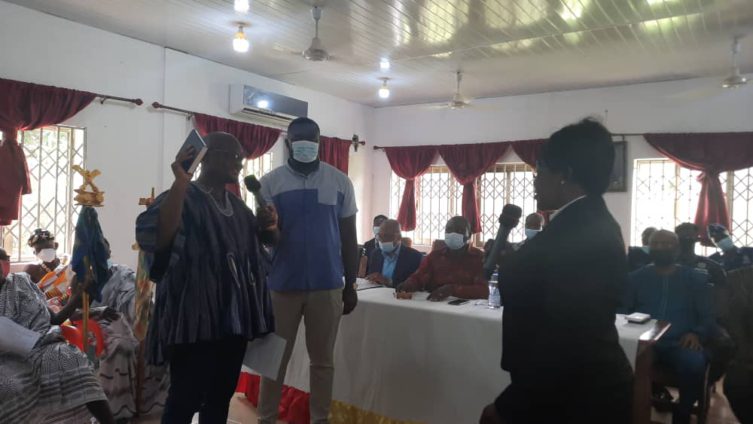 Confirmed DCE for Afadjato South, Etor Flolu has promised to continue with the development projects he started so as to have a better Afadjato District.

Mr James Etornam Flolu was renominated by the President after he took over from then DCE two years ago.

Etor Flolu noted that his nomination and confirmation means a challenge for growth, fight against poverty and development.

He urged all stakeholders, staff and Assembly Members to help him achieve the needed positive results for Afadjato South.

Volta Regional Minister, Dr Archibald Yao Letsa, said there is the need to work in harmony to achieve the goals of the Assembly.