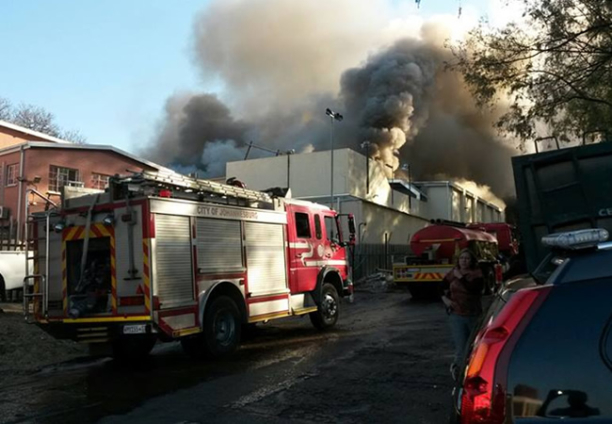 The Ghana National Fire Service (GNFS) has called on the Accra Metropolitan Assembly to get rid of buildings that obstruct firefighting to ensure the safety of properties during fire outbreak.

The Service had complained of difficulty in accessing certain communities whenever there is an outbreak, impedes their level of response to outbreaks resulting in the loss of lives and properties running into millions of Ghana cedis.

The nation lost over GHÈ¼230 million in value of drugs and medical supplies last week, when fire flattened the Central Medical Store in Tema. It took personnel of the Service four days to put the inferno off completely.

On Saturday, a devastating fire swept through several shops at the Kokompe market at Darkuman in Accra.

The Director of Fire Safety of GNFS, Mr Ebenezer Simpson, in an interview with the Ghana News Agency (GNA) said removal of such buildings would reduce the number of valuables lost in fire outbreaks.

Mr. made the call, when he led a team from the GNFS to visit the Mallam Attah to check illegal electrical connections in the market.

The Director said the exposed nature of the cables could easily generate fire.

He also expressed concern that some traders are using their tables and stalls to cover the hydrants, which make it difficult for firefighters to get access to them during emergencies.

Mr Simpson noted that the rate, at which people are losing their valuable properties to fire, is alarming hence the need for all to contribute to ensuring a fire-free society.

Mr Moses Aboh, Assemblyman for Kokomlemle, said a contract had been signed for all cables in the market to be changed but for about a year the work is yet to commence, leaving the traders to do business under such conditions.

He called on the contractor to undertake the project to ensure the safety of all.