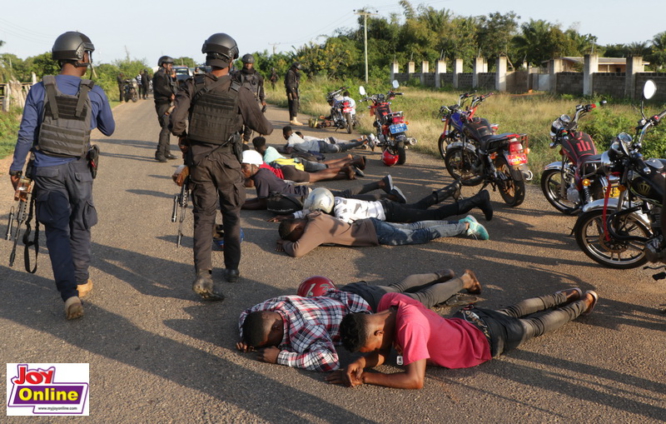 North Tongu MP Okudzeto Ablakwa has urged the national security agencies to desist from the use of extreme force against secessionist groups.

He stated that they must act with professionalism in response to the groups who have in recent days attacked state institutions like the police service.

In his view, the attempt to brutalise them may result in unwanted cases of violence in the country.

Mr Ablakwa was speaking on Joy FM’s Super Morning Show after an unidentified group stormed the STC yard at Ho in the Volta Region and set a bus ablaze while holding the security person at gunpoint.

This comes after some men reportedly attacked police stations at Aveyime and Mepe in the North Tongu District.

After the attack, they blocked major roads with lit tyres and chanted war songs, in the early hours of Friday, September, 25.

The MP, however, noted that his constituency is willing to work with the security agencies to get rid of those who are causing unrest in the Region.

He wants the security agencies and government to restore the confidence of the citizenry by foiling future attempts by the group and others like them.

“We remain friends of the security apparatus and that they are welcome into our constituency so that if any of these miscreants are hiding anywhere they should be identified, picked up, apprehended and dealt with according to the law. We need them there to feel safer,” he told host, Kojo Yankson.

So far, 31 people said to be involved in last Friday’s attack have been slapped with five charges by the Accra High Court.

But their lawyer, Theophilus Donkor has said his clients are not members of the Western Togoland Restoration Front (WTRF).