Despite acrimony, I am happy Parliament passed E-levy – Akufo-Addo 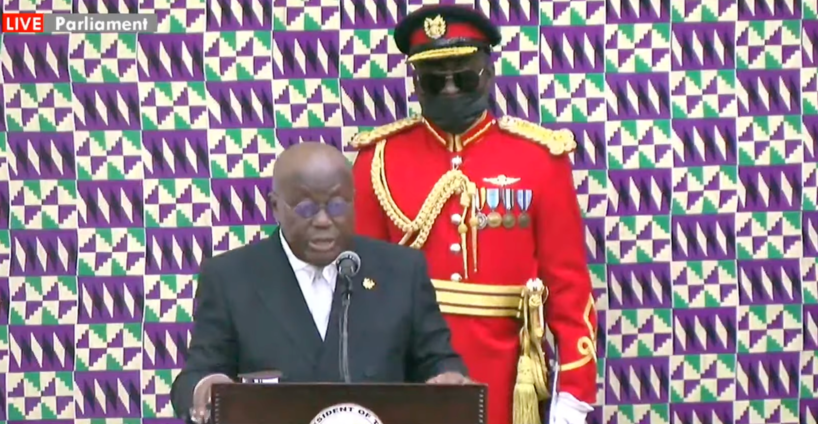 Delivering this year’s State of the Nation Address (SONA22) in Parliament on Wednesday, President Akufo-Addo said although proceedings in the House have been protracted and acrimonious in nature, “I am happy that the House has, finally, found it possible to pass the e-levy.”

The Bill, which was considered under a certificate of urgency, was adopted at a reduced rate of 1.5% from the initial 1.75% amid a Minority walkout. President Akufo-Addo is expected to assent to the Bill for it to become law.

President Akufo-Addo is confident that the levy would help generate revenue.

He noted that the tax will also “make a significant contribution to the management of the national economy.”

“I want to thank Members of the House for making this possible,” he added.

President Akufo-Addo further stated that eventhough the road to economic recovery would be hard and long, “we have started on a good footing by accepting that we are in a difficult place, and are taking the difficult decisions that will get us out.”

“If anyone ever had any doubts about the need to be self-reliant, the point has now been forcibly drilled home to us. The pursuit of the Ghana Beyond Aid agenda is even more compelling now.

“I have no doubts whatsoever that we have it in us to build the Ghana of our dreams. I saw the spirit of togetherness and the willingness to help each other when COVID struck. We looked out for each other. I saw the sense of enterprise and innovation of the Ghanaian,” he said.

He added that he also “saw our manufacturers quickly adapt their plants to produce sanitizers and our tailors equally quickly displayed the innovation they had always been known for, by turning face masks into fashion items.

“Let us, more than ever, hold our heads up high, and face the future with courage, hope and assurance.”