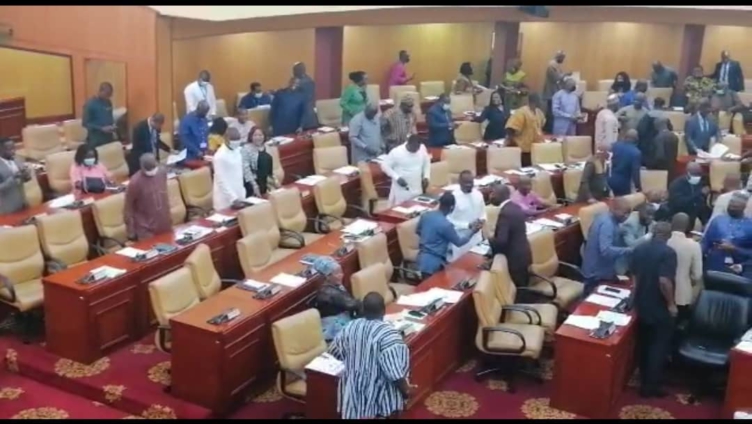 The Minority in Parliament on Tuesday afternoon walked out of the House during the second reading of the Electronic Transaction levy (E-levy) Bill.

Prior to the action taken by the NDC MPs to register their disapproval of the levy, Minority Leader Haruna Iddrisu reiterated that the levy will have an adverse effect on businesses and worsen the plight of individuals.

As the NDC MPs began to leave the chamber, Majority Leader Osei Kyei-Mensah-Bonsu urged Speaker Alban Bagbin to pose the question to affirm the motion to consider the Bill.

The Minority moved briskly and managed to evade the question.

Later, the Speaker posed the question and the Majority affirmed the motion. “The AYES have it,” the Speaker said after a deafening silence when he asked “those not in favour say, NO.”

This completed the second reading of the Electronic Transactions (E-Levy) Bill.

The E-levy Bill now at 1.5% rate is currently at the Consideration Stage. The House is making amendments to the Bill.