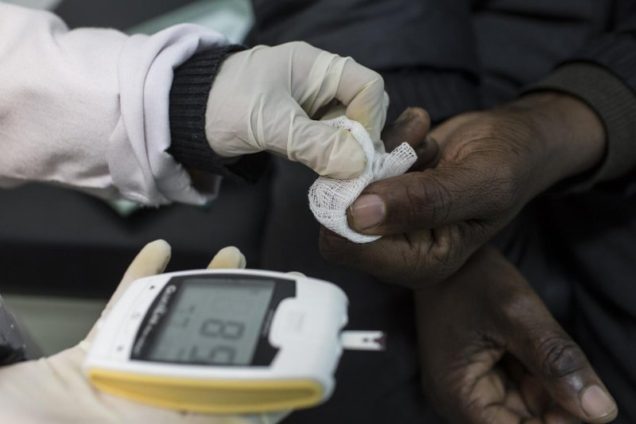 Diabetes mellitus took the lives of 416,000 people on the African continent last year, thus becoming one of the leading causes of death in Africa by 2030.

The World Health Organization (WHO) Representative to Ghana, Mr. Francis Kasolo who disclosed this in a statement read on his behalf at Ghana’s commemoration of the 2022 World Diabetes Day, said 24 million adults in Africa are currently living with the condition.

Diabetes is a chronic metabolic disease typically characterised by high sugar in the blood. Types are ‘Type 1’, affecting usually children with little or no insulin, ‘Type 2’, usually occurring after 18 years with poor response to insulin and ‘Gestational Diabetes’, one that is caused by pregnancy among women.

Mr Kasolo said Diabetes is the only major non-communicable disease for which the risk of dying early is increasing, rather than decreasing.

The commemoration, organised by the Ministry of Health, was on the theme: “Access to Diabetes Care”.

He said epidemiological trends were reflected in Ghana as Type-2 Diabetes affected approximately six per cent of adults, a percentage that is expected to rise.

The WHO Representative said the known factors include family history and increasing age, along with modifiable risk factors such as overweight and obesity, sedentary lifestyles, unhealthy diets, smoking and alcohol abuse.

To enhance controlling of the condition, Mr Kasolo appealed to governments of WHO member states to prioritise investment in essential products like insulin, glucometers and test strips, explaining: “This is critical to ensure equitable accessibility for everyone living with diabetes, no matter where on the continent they are”.

“Children with this condition will live with it for very long time and it will affect productivity. Moreover, there are many who walk around with the condition without knowing about it,” she noted.

In Ghana, she said Diabetes prevalence is between six and seven per cent, adding: “Obesity, hypertension, unhealthy diet and lifestyles are rising and it’s therefore, not surprising that diabetes is also rising among the public”.

Dr Commeh said more than 200,000 people passed through the Out Patient Department of health facilities every year with diabetes, including gestational conditions.

Deputy Minister of Health, Tina Mensah who launched the commemoration, said rate of Diabetes infection is beyond the government health system and called on health development partners to join hands with the government to control the condition in Ghana.

Mr. Steven Arthur, a representative of Roche, a biotech company, who said Diabetes is a lifestyle disorder, encouraged the public to acquire a certified glucometer to check their sugar levels every morning before breakfast and two hours after lunch.

He also asked those with Diabetes to engage in physical activities at least 150 minutes per week, spread within three discontinuous days.

Mr Arthur admonished the public to consume only low, good quality calories, as bad ones affected sugar levels with sweetness and unhealthy fats.

“There are a lot of apps that can help you to track your sugar and calories levels and also try to visit your Diabetes Specialists regularly to enable them modify your treatments accordingly,” he said.

DISCLAIMER: The Views, Comments, Opinions, Contributions and Statements made by Readers and Contributors on this platform do not necessarily represent the views or policy of Multimedia Group Limited.
Tags:
Africa
Diabetes
WHO