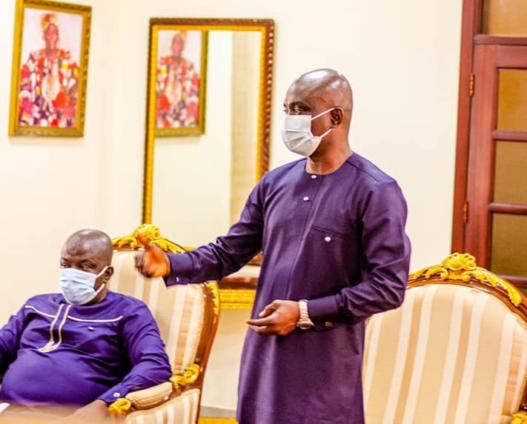 The Chieftaincy and Religious Affairs Minister, Ebenezer Kojo Kum says processes will be initiated to amend the law barring chiefs from engaging in politics.

This comment comes after the Okyenhene, Osagyefuo Amoatia Ofori Panin described the law as unjust, thus, calling for it to be reviewed.

According to the 1992 constitution, “a chief shall not take part in active party politics; and a chief wishing to do so and seeking election to Parliament shall abdicate his stool or skin.”

But in the Okyenhene’s view, the rule infringes on the democratic rights of traditional leaders and also limits the crucial role chiefs play in development in their various traditional areas.

The King of of Abuakwa made the request when the Chieftaincy and Religious Minister paid a courtesy call on him on Tuesday.

Responding to the Okyehene’s request, Mr Kum said a national dialogue will be organised to deliberate on the matter.

He indicated that when discussion on the issue is finalised, processes will be initiated to review the law.

“The law banning chiefs from engaging in politics is an entrenched law, so if we need to revise it, then we have to hold a referendum. So as you have said, we will start a national dialogue [and take it from there].”

Mr. Kum also pledged to frequently engage traditional leaders across the country on issues pertaining to his sector so as to be better informed on the best way to address them; especially with regards to chieftaincy disputes.