Digitalisation pushed Passport office revenue from ¢1m in 2017 to ¢56m in 2021 - Presidency - MyJoyOnline.com 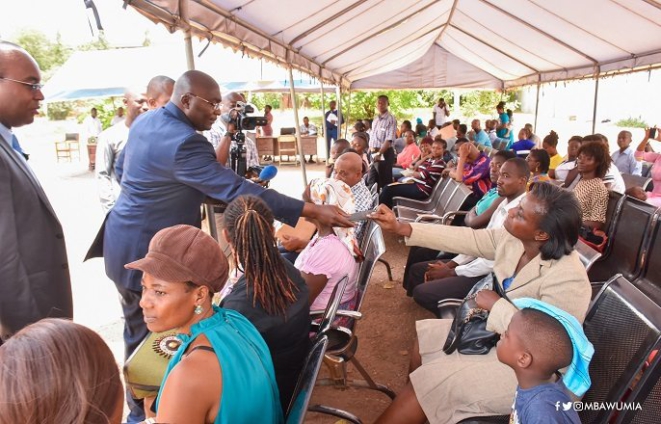 The Presidency has touted an increase in the Passport Office’s revenue.

The Presidency attributed this to the government’s digitalisation drive.

“Governments digitalization programme has improved passport office’s revenue from GH¢1million cedis in 2017 to GH¢56 million in 2021,” the Presidency said in a tweet on Tuesday, June 14.

An increase in revenue from the Passport Office due to digitisation.#BuildingGhanaTogether pic.twitter.com/6AeumAsZEU

President Akufo-Addo has been touting the achievements of his administration through the digitalization agenda.

According to him, the digitalisation agenda is making the provision of government services efficient for all Ghanaians.

For instance, in the energy sector, he said, “we have continued to provide stable electricity to Ghanaians and for the first time in 9 years, VRA made a profit.”

He indicated that government is employing the application of digital technology to stimulate the growth and transformation of the Ghanaian economy, and, thereby, help ensure that every Ghanaian derives maximum benefit from this process.

Speaking at the launch of the 25th anniversary of MTN, on Wednesday, June 2, 2021, President Akufo-Addo stated that, since assuming office in 2017, his government has taken decisions that have provided the necessary impetus to stimulate the economy on several levels.

“We recognized that having a national database was one of the critical elements of a digital economy, and instituted that as a matter of priority by implementing the National Identification programme, and completing the first phase of the National Digital Property Addressing System, to support geolocation and the issuance of postal codes,” he said.