Discover your greatness: Be a winner not a whiner! 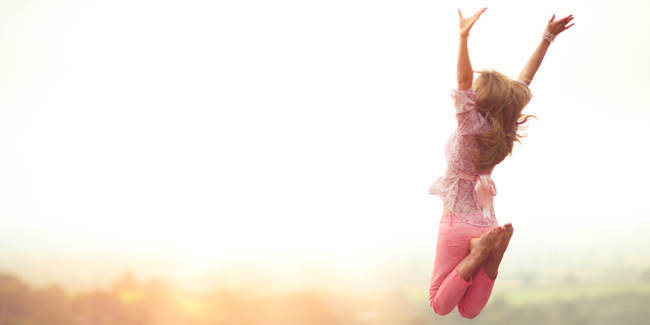 ‘Winners possess a distinct and optimistic attitude towards life which whiners do not have’ – I.K. Otchere-Asamoah

It is challenging to stay positive and tempting to be a whiner in these times because of the socio-economic challenges buffeting almost every single individual on this planet.

From advanced countries to developing nations across the globe, governments and politicians are out of solutions. Big multinational companies which were considered too big to fail are falling through the cracks due to illicit deals, financial irregularities and corporate greed.

Nations are being bought out practically by other powerful nations to prevent them from going under economically—these are slippery times we live in. Employees who had secure and promising jobs with both public and private sector organizations are unexpectedly handed pink slips.

People’s lifetime savings and capital investments are slipping away quickly right before their eyes. Basically, things are falling apart globally and the center seems not to hold anymore. Everyone is seeking for answers, solutions, and change of direction for the better. The future appears bleak and hopeless to most people.

In times like these, it is quite appealing to jump on the bandwagon of faultfinding, grouching, and lamenting in pessimistic angst.  In the words of writer and clock smith, Corrie ten Boom “Worrying does not empty tomorrow of its troubles, it empties today of its strength.”

Staying positive and upbeat in spite of daunting challenges automatically stimulates the hope that it shall be well! The number one distinctive factor which separates winners from whiners is their positive perspective of life. Winners have a positive outlook of life; whiners have a depressed viewpoint about the future.

The attitude of Olympic marathon runner, John Stephen Akhwari characterizes the spirit of a winner:

It was summer Olympics of 1968 in Mexico City, John Stephen Akhwari, a Tanzanian athlete who was running a marathon fell, wounding and having his right knee severely lacerated. The paramedics had persuaded him to drop out of the race for full treatment, since he no longer stood a chance to win a medal. But the African runner declined the invitation and slowly oscillated from trotting to walking throughout the rest of the race. 17 out of the 74 competitors in the marathon that day did not finish the race.

Almost 7 O’clock in the night, out of the nearly dark sky came John Stephen entering from the far end of the stadium painfully limping on his bloody and gashed leg every step of the way. An hour had already elapsed since the winner of the 26-mile Olympic marathon crossed the finishing line and the stadium was virtually empty with only a few spectators getting ready to leave. The police sirens and flashing lights caught the attention of people and as they turned to see what was happening, to their amazement, there was the ‘lone runner’ dressed in the colors of Tanzania!

Suddenly the whole stadium erupted with tumultuous cheering and standing ovation propelling John Stephen to step up the pace to finish his last lap of the marathon. After crossing the finishing line, surrounded by the paparazzi and journalists, one of the reporters inquired from him, why he had not retired from the race, since he had no chance of winning? He replied, “My country did not send me to Mexico City to start the race. They sent me to finish”. Yes, that is the spirit of a winner!

See, John Stephen had the option of dropping out of the race and blame his failure on the injury on his right knee, instead he choose to take the highway though difficult and seemingly endless. He could have opted for the offer from the paramedics and got on the ambulance, and whine the rest of his life about the reason he could not win or complete that Olympics marathon.  When you choose to exhibit the attitude and spirit of winners, posterity will celebrate you long before your departure. No one even remembers the name of the athlete who came first in the summer Olympics of 1968 in Mexico City, but we are still honoring John Stephen for his outstanding character. Author, Albert Gray points out that, “Winners have simply formed the habit of doing things losers do not like to do.”

Winners are not necessarily the most talented and certainly do not take the first place in all their forays, instead they have cultivated and mastered the following component of human life:

• Endurance–Winners possess a unique ability to go longer than Whiners. In other words, winners have staying power than whiners, owing to the positive energy they possess. Author, radio and television presenter, Church of Scotland minister, and Professor of Divinity and Biblical Criticism at the University of Glasgow, William Barclay believed that,”Endurance is not just the ability to bear a hard thing, but to turn it into glory.” Determine to turn your disappointments, despair, pain, and challenges into glory, regardless of its difficulties. It has been said that “no pain, no gain."

• Diligence—American poet and educator, Henry Wadsworth Longfellow points out that, "The heights great men reached and kept, were not obtained by sudden flight. But they, while their companions slept, were toiling upward in the night." Winners have the discipline of working harder and longer than their counterparts. Hardwork never kills, rather it gives you the competitive edge in whatever you do.

• Sacrifice—Winners have the unique characteristic of giving more of their time, energy, effort, and resources to a worthy cause than their counterparts. Keep on doing what most people would not do presently; soon you shall have what they cannot. It has been said that, “Many of the great achievements of the world were accomplished by tired and discouraged men who kept on working.” it is tempting to retire to your little cocoon of despondency when confronted with challenges but individuals destined to win always would find someone to help despite their personal ordeal.

• Purpose—Winners have the tendencies to endure longer, work harder, and give more than anyone else not because they are the most gifted , educated, skilled , or luckiest, but because they have discovered their niche in life that propels the engine of the spirit even when their body wants to give up.  They have found the meaning of their existence, and that is why they can endure, be diligent, and sacrifice more than necessary. Barbara de Angelis, American relationship consultant, lecturer, author, and TV personality argues that, “What allows us, as human beings, to psychologically survive life on earth, with all of its pain, drama, and challenges, is a sense of purpose and meaning.”

Winning in life regardless of the circumstances and the cards dealt out to you, requires a steadfast attitude. Whiners spill out all kinds of negative attitudes and vibes because of their parochial view of the future, their abilities, gifts, and resources. Winners lose more often than losers but have discovered a way of utilizing their knowledge, experiences, and insights gained through their failures to refocus their activities, re-strategize their goals, and dreams as well as to retool their skills and resources.

In spite of the situation confronting you currently, I embolden you to choose a winner’s perspective and attitude to life. Times are hard and would be getting worse in some respects but be strong and put your best foot forward:

One day a small gap appeared in the cocoon, through which a butterfly had to appear. A boy, who accidentally passed by, stopped and watched how the butterfly was trying to get out of the cocoon. It took a lot of time, the butterfly was trying very hard, and the gap was as little as before. It seemed that the butterfly was totally helpless and drained of energy. The boy decided to help the butterfly. He took a penknife and cut the cocoon. The butterfly immediately got out, but its body was weak and feeble, and the wings were barely moving. The boy continued to watch the butterfly, thinking that now its wings would spread and it would fly. However, that did not happen. So for the rest of its life the butterfly had to drag its weak body and wings that remained folded and hence could not spread. Thus it was unable to fly, because the boy did not realize that an effort to enter through the narrow gap of the cocoon was necessary for the butterfly, so that the life-giving fluid would move from the body to the butterfly’s wings so that the butterfly could fly. Life forced the butterfly to leave its shell hardly, so that it would become stronger and would be able to grow and develop. If we were allowed to live without facing difficulties, we would not be viable and vibrant. Life gives us challenges to make us stronger.

The psychological trauma and physical disarray that associates the loss of a job; an investment, one’s life savings or the fore-closure of a home could be seemingly unbearable, but the keys to stay in charge of your destiny and to get back on your feet are all in your hands right now! These keys are scanty resources in your hands currently, gifts, specialized knowledge, and experience. The legendary and retired American National Basket Association (NBA) player and coach, Larry Joe Bird sermonized that, “A winner is someone who recognizes his God-given talents, works his tail off to develop them into skills, and uses these skills to accomplish his goals.”

Choose to be a winner and discover your greatness.