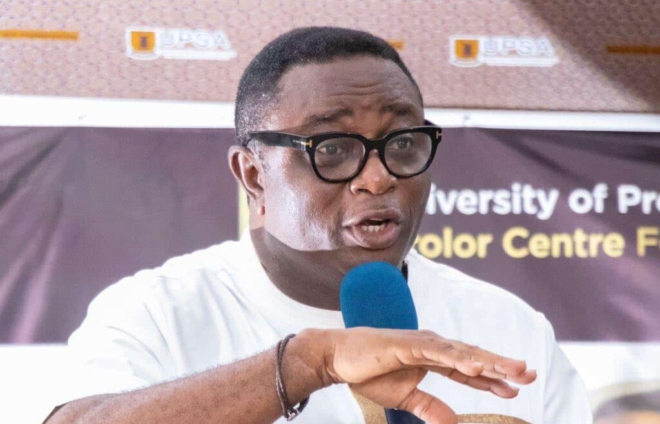 The Director of Elections of the National Democratic Congress (NDC) is asking Ghanaians not to allow the New Patriotic Party (NPP) achieve its quest of “breaking the right.”

Elvis Afriyie Ankrah said the NPP deserves not another chance.

According to him, the ruling party has already broken enough systems in the country.

Speaking in an interview with Citi TV on Tuesday, country is currently in a mess which needs to be cleared.

“They have done enough breaking already and should not be allowed to break the eight.”

“They have broken the country, the economy, infrastructure, the educational system. In fact, everything that is worth breaking. The country is a mess,” he added.

He thus asked Ghanaians to vote for the NDC in the 2024 elections.

According to him, the NDC holds the key to Ghana’s development.

“We are talking about rural electrification, supply, decentralization, in fact, we have paid a critical role in spearheading every single development drive in the country.”

Mr Afriyie Ankrah who is also has also announced his bid to contest for NDC’s General Secretary position added that the party is strategically positioned to win the 2024 election.

DISCLAIMER: The Views, Comments, Opinions, Contributions and Statements made by Readers and Contributors on this platform do not necessarily represent the views or policy of Multimedia Group Limited.
Tags:
Akufo-Addo
Breaking the Eight
Elvis Afriyie Ankrah
Ghanaians
NDC
NPP