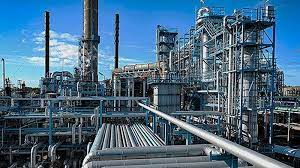 The Institute for Energy Policies and Research is cautioning the Energy Minister not to be in haste to appoint an interim management committee to oversee the day to day running of the Tema Oil Refinery (TOR).

“The Minister of Energy is appointing an interim management committee to oversee the day to day running of the refinery. We hope this decision is not rushed since the job security of many workers employed at TOR depends on a new competent Managing Director”, the institute pointed out in a statement.

TOR has been saddled with many problems for some time now and the challenges appear unending.

In recent weeks, it has been in the news for all the wrong reasons. The refinery is a 45,000 barrel per stream day (bpsd) capacity Crude Distillation Unit and 14,000 bpsd Residue Fluid Catalytic Cracker (RFCC) Unit which converts atmospheric air to higher value finished products.

“The Institute has been monitoring current happenings at the refinery with grave concern. We have stated in the past that the Refinery needs special attention by government to determine the long-term viability of the Company. Workers agitation over nonpayment of salaries, water supply to the Refinery being disconnected by Ghana Water Company Limited, unavailability of crude oil to be refined at the Refinery, to mention a few are the recent headlines in the country”, it explained.

It further said “there is no quick fix to the myriads of problems at TOR. Some people are of the belief that if GNPC gives our local crude oil to TOR and Ministry of Finance gives money to the refinery to pay six months of salaries the problems will disappear. Unfortunately, that is a misconception. All refining done by TOR in the last 6 years using the CDU and RFCC has resulted in losses to the Refinery.”

“The tolling business model which was started by Isaac Osei with Woodfields had sustained the refinery with cashflow until the contract was frustrated and ultimately not renewed by the outgoing Managing Director, without any substitute arrangement”, the Institute for Energy Policies and Research also noted.

Also, in February 2020, INSTEPR interviewed the then Managing Director, Asante Berko, who outlined his vision for the refinery and strongly believed that a sound financial modelling and restructuring the business of TOR will turn the fortunes of the refinery.

The institute said it shared in his vision to revamp TOR and judging by what he had done the few months he was at post.

It therefore called for the urgent look at some vital measures to give the company any chance of survival. They include the fixing of the CDU from the 23,000 bpsd to 45,000 bpsd, solving the RFCC problem, the installation of hydrotreating catalysts and technologies for all crude oil fractions, enabling the refinery to meet 50 ppm or lower specification, amongst others.

DISCLAIMER: The Views, Comments, Opinions, Contributions and Statements made by Readers and Contributors on this platform do not necessarily represent the views or policy of Multimedia Group Limited.
Tags:
Dr. Mattew Opoku Prempeh
Francis Boateng