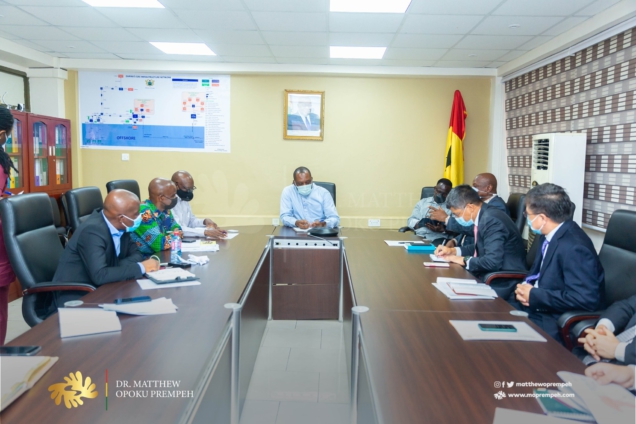 Energy Minister, Dr. Mattew Opoku Prempeh, had said that Sunon Asogli Power Ltd will continue to remain a longstanding partner in energy delivery in the country.

According to him, the Independent Power Producer is a critical player in the power generation space.

Making remarks when he received a six-member delegation from the Sunon Asogli Power Limited, Dr. Opoku Prempeh said “Asogli Power is a longstanding partner in energy delivery in this country, with its 560 megawatt plant occupying 15% of the market share and with projects in several countries across Africa.”

“Its plans and proposals on renewable energy sources such as solar, wind and waste-to-energy projects are interesting. The Ministry of Energy will look at its expansion plans and discuss the way forward accordingly”, he emphasised.

The purpose of the visit of the Asogli team was to formally welcome the minister to the energy sector and also brief me him on the company’s profile and its operations in Ghana, together with its future plans.

Sunon Asogli Plant Limited is the largest IPP in Ghana.