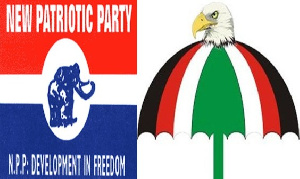 Mr Nobi explained that NPP Government has completed most of these projects. However, some projects can simply not be continued due to breach of public procurement procedures and funding by the previous Government as well as the need to go through a proper legal process.

“The President has proved competent by completing most of the projects started under the NDC administration, but there is a bottleneck when it comes to completing projects, touching projects that have financing and corruption issues destroys the evidence for prosecution”, he stated.

Speaking with the host of Beyond the Headlines on Joy Prime, the outspoken Communicator said, the NDC erred in funding most projects and needs to be audited for accountability. In such cases the Government has to wait for proper documentation to protect the state coffers.

“Whether or not a project is funded by GOG, it must go through a proper procurement process, thorough scrutiny and approval by Parliament before funds can be allocated for it, however, most of the projects lack transparency and have issues of corruption allegations,” according to him.

This project took off in 2013 as part of the John Mahama-led government’s plan to build 200 Community Day SHSs between 2013 and 2016. The MP said at that time Mr. Mahama left office, 46 of the schools had been commissioned and ready for use.

He alleges that sometime in August, 2021, the Minister of Education stated that despite completion, not all the schools were in use.

He contends in his writ that the current government has refused to continue with the projects to build two hundred community Senior High Schools and failed to utilise all the completed schools.

Many people have lauded the move saying all projects must be completed by successive governments to ensure national development. Many believe these projects are abandoned with political motifs.\

Reacting to this, Courage Nobi said, the NPP in 2020, completed 29 E-Block Community Schools which shows Government’s commitment towards national development, but there are some of the projects having issues in terms of procurement and misappropriation of funds.

“I am happy you brought the issue of the E-Block community day schools, as at end of 2020, NPP had completed 29 of them…”, he added.

Mr Nobi noted that the Saglemi housing project has not been completed due to issues of corruption allegations against the former Works and Housing Minister. These are bottlenecks that have virtually held the project to a standstill so that all legal processes take turns before Government can continue with them.