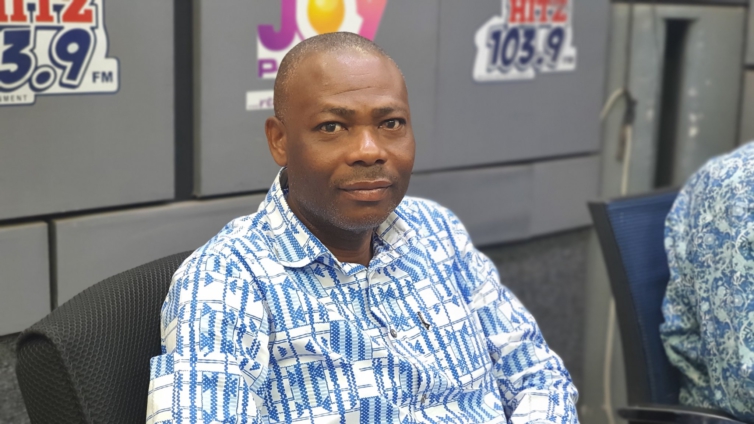 The CEO of Ghana Music Rights Organisation (GHAMRO), Abraham Adjatey, is not pleased with the comparisons made between his outfit and foreign royalty collection systems.

According to him, those systems found in London, US and others were established centuries ago and have been growing year after year.

Speaking on Daybreak Hitz on Hitz FM, Mr. Adjatey noted that the board and management of the institution are working hard to ensure musicians get their due.

“We are just starting, GHAMRO was established in 2012. Before it was COSGA and it the government that was in control. They collect the money, how much they collect, no one knows,” he told the host Sammy Forson on Wednesday.

Mr. Adjatey added that during the distribution, artistes had to join a queue and the management would count whatever money they pleased for the musicians. “So we are now growing out of it.”

The GHAMRO CEO stated that among other things the collective system has sued many companies including media houses to ensure musicians get their money.

He stated that they are implementing new structures among others to aid in the collection of royalties. He said despite their best efforts some of the officers are abused when they visit institutions to collect royalties.

This comes after industry players and some pressure groups such as Ghana Music Alliance berated GHAMRO stating that their performance in executing their mandate has been abysmal to the detriment of hardworking artistes.

Meanwhile, the Ambassador of France to Ghana, H.E. Anne Sophie Ave has jumped to the defence of Ghana Music Rights Organization (GHAMRO) following criticisms of their mandate.

According to her, a number of factors contribute to the slow progress of GHAMRO’s effectiveness in its field.

The passionate music follower, believes a journey of a thousand miles begin with a step, as it was in the case of SACEM (Society of Authors, Composers and Publishers of Music) in France.

She told Joy FM’s Kofi Hayford, “SACEM… was created in 1851, so it’s basically over 140 years, [while] GHAMRO is 8 years old”. The French Ambassador, by her comparison, asserts that critics need to give the only legal royalty collection outfit in Ghana the chance to grow.”

Caught up with H.E. .@annesophieave, who believes GHAMRO should be given a chance over time, to prove its worth. The French Embassy is ready to connect SACEM and GHAMRO for the latter’s growth.#JoyEntertainment pic.twitter.com/3fOFT4WqH0

In September 2021, GHAMRO announced new measures to aid in their royalty collections.

According to him, Capasso collects the digital royalties for artistes and right owners as part of GHAMRO’s efforts to digitalise its operations to enable creatives earn their due from their works.

In January 2022, he also disclosed that GHAMRO is also collaborating with an Irish company that helps to identify the songs being played on all radio and TV stations across the country and also come up with a new payment system.

“The system will aggregate the number of songs of each registered artiste that were played and then from the logging, we know which artistes to pay and how much to pay them.”

Mr. Omar added that now, the number of songs from an artiste that is played will also determine how much money they will earn as royalties.

DISCLAIMER: The Views, Comments, Opinions, Contributions and Statements made by Readers and Contributors on this platform do not necessarily represent the views or policy of Multimedia Group Limited.
Tags:
Abraham Adjatey
GHAMRO