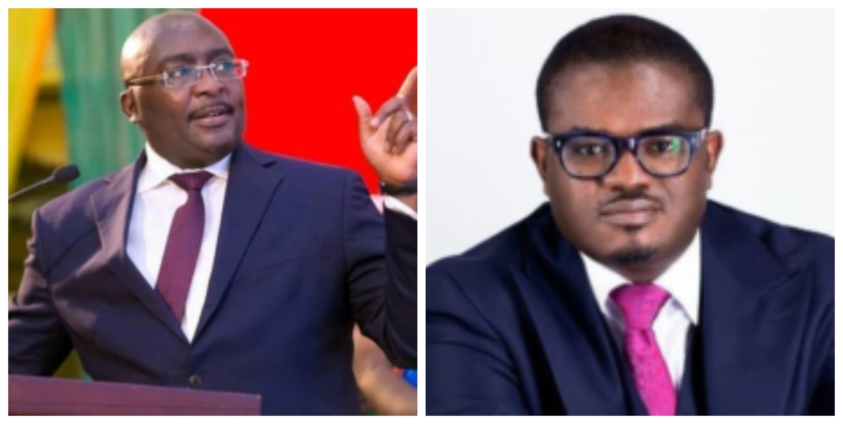 The spokesperson of the Vice President, Dr. Gideon Boako has refuted the allegation attributed to the dismissed Minister of State at the Finance Ministry, Mr. Charles Adu Boahen.

Mr. Adu Boahen is alleged to have said, in a yet-to-be-aired under-cover expose by ace investigative journalist, Anas Aremeyaw Anas, that Vice President Bawumia needed $200 as an appearance fee to meet prospective investors.

The documentary is dubbed “Galamsey Economy” and is expected to be premiered on Monday at the Accra International Conference Centre.

In the documentary, Mr. Adu Boahen is said to have told the undercover investigators that Dr. Bawumia would also require some positions from the investor for his siblings to get his backing and influence in establishing a business in Ghana.

According to Dr. Gideon Boako, he does not recollect any private meeting between Mr. Adu Boahen and the Vice President.

Speaking to JoyNews on Monday, November 14, 2022, Dr Boako stated that apart from attending an EMT (Economic Management Team) meeting, there hasn’t been any engagement.

Due to the above explanations provided, he stated that what the Vice President is being accused of is false and weird, adding that “I do not see the head and tail of it.”

Earlier, Dr. Bawumia denied the accusations and called for the Minister to be sacked and investigated by the Office of the Special Prosecutor.

The Spokesperson said the call for a full-blown investigation into the matter is in place.

Meanwhile, President Nana Akufo-Addo has terminated the appointment of the Minister of State at the Ministry of Finance, Charles Adu Boahen, with immediate effect.

In a statement on Monday from the Presidency, the Director of Communications, Eugene Arhin, said, “After being made aware of the allegations levelled against the Minister in the exposé, ‘Galamsey Economy’, the President spoke to Mr Adu Boahen, after which he took the decision to terminate his appointment, and also to refer the matter to the Special Prosecutor for further investigations.”

He said the President thanked Mr. Adu Boahen for his strong services to his government since his appointment in 2017 and wished him well in his future endeavours.

DISCLAIMER: The Views, Comments, Opinions, Contributions and Statements made by Readers and Contributors on this platform do not necessarily represent the views or policy of Multimedia Group Limited.
Tags:
Charles Adu Boahen
Dr Bawumia
Dr Gideon Boako
Private conversation