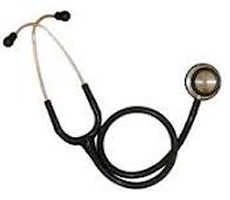 U.S. Embassy Ghana will present the 2012 Martin Luther King, Jr. Award for Peace and Social Justice to Dr. David Fuseini Abdulai in recognition of his unwavering commitment to the poorest and most vulnerable citizens of Tamale.

Since 2008, the U.S. Embassy has presented the Martin Luther King, Jr. Award for Peace and Social Justice to a Ghanaian citizen who best personifies the philosophy and actions of Dr. Martin Luther King, Jr. Dr. King, the 1964 Nobel Peace laureate, played a pivotal role in the African-American civil rights movements in the United States during the 1950s and 1960s. The purpose of the award is to recognize a Ghanaian citizen, who, in the same spirit as Dr. King, is helping to build a culture of peacemaking, dialogue and conflict resolution while promoting respect for human rights and peace in the communities where he/she lives and works.

In 1989, Dr. Abdulai founded the Shekhinah Clinic in Gurugu in northern Tamale. The mission of the Shekhinah Clinic –funded entirely through donations and staffed by 27 volunteers – is to provide free medical treatment and other services to the poorest citizens of Tamale. In 1999, he established a second clinic in Wamale in southern Tamale. Presently, the two clinics serve an average of 120 people daily on a strictly first-come-first-served basis with the exception of emergency conditions.

In addition, Dr. Abdulai started the Meals-on-Wheels programme to provide lunch to an average of 150 destitute and mentally ill people daily, covering a 65-kilometer radius. Since its inception on January 6, 1992, the Meals-on-Wheels program has not missed a day providing food to the most needy. He also provides medical services and consultations to prisoners in the Tamale Central Prison and to those living in the Nkanchina leper colony. A skilled advocate, Dr. Abdulai has succeeded in leveraging partnerships or donations from a number of donors and organizations to provide the maximum benefit possible to those most in need.

“The Embassy is proud to honour Dr. Abdulai, and recognizes previous award recipients Bishop Vincent Boi Nii and Alhaji Al-Hussein Zakaria for their efforts to promote peace and social justice (2008), Angela Dwamena-Aboagye for assisting abused women and children (2009), Janet Adama Mohammad for her work in peacebuilding to address local and regional conflicts (2010) and George Achibra for rescuing trafficked children working in the fishing industry in Lake Volta (2011),” a statement from the embassy said.