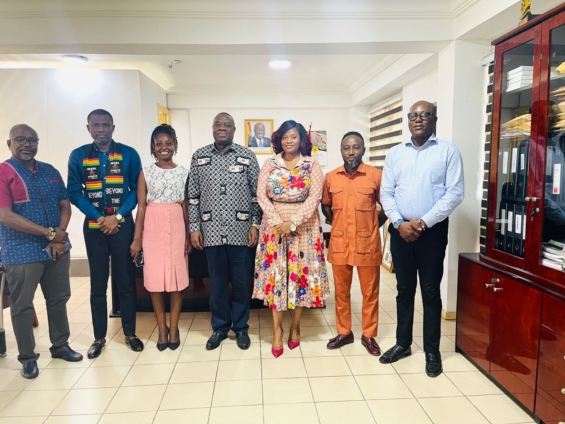 The Minister of Tourism, Arts and Culture, Dr. Mohammed Awal has promised to support the Arts and Tourism Writers Association of Ghana (ATWAG).

The Minister gave this assurance when the current executives of the Association led by its President, George Quaye paid a courtesy call on him, Thursday, May 12.

The meeting was also to introduce the newly elected executives of ATWAG to Dr. Mohammed Awal.

George Quaye revealed that the Association was poised to collaborate with the Ministry to project its mandate.

He pleaded with the Minister for an office space to facilitate operations of ATWAG.

Dr. Awal who was pleased to receive the executive body of ATWAG said he is confident of a great partnership with the Association.