Dr. Peter Takyi Peprah: Population that is food insecure has more than doubled between 2009 and 2020 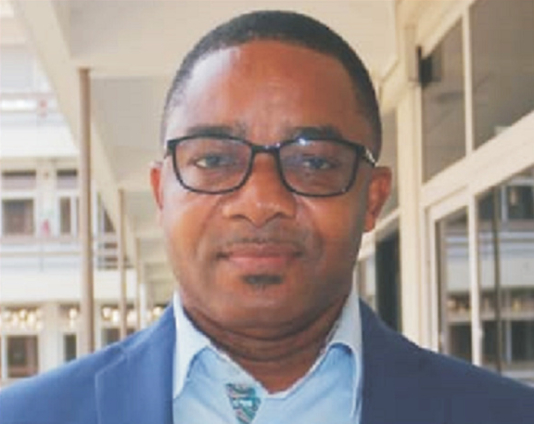 This indicates that food insecurity has worsened among the Ghanaian population over the period, thus, more Ghanaians have very limited access to sufficient and nutritious food for an active and healthy life.

The Analysis was implemented by the Ghana Statistical Service (GSS) in collaboration with Ministry of Food and Agriculture (MOFA), with financial and technical assistance from the World Food Programme and Food and Agricultural Organisation of the United Nations.

In addition to the population that is food insecure, 2.1 million people nationwide were identified to be vulnerable to food insecurity. They were not food insecure at the time of the survey, however, their food consumption patterns were barely above the acceptable minimum.

This means that their food security situation is likely to deteriorate during shocks such as increased food prices, sudden price fluctuations, reduced income of a household member, loss of employment of household member, late rains/drought or heavy rains and floods among others.

From the survey results, the Covid-19 pandemic (63.8%) was a major shock experienced by Ghanaians within 12 months preceding the survey which had adverse effects on their consumption patterns.

The number of persons who are food insecure increased from 1.2 million to 3.6 million between 2009 and 2020. This requires immediate intervention to avoid further increase and future chronic food insecurity, mass hunger, and undernourishment among the population especially, mothers and children in the country.

Food insecurity has multitude of underlying factors that influence each other. These factors cannot be addressed discretely but in tandem with all stakeholders to achieve maximum success.

It is important to note that, lack of attention on chronic food insecurity could translate to a high degree of vulnerability, to famine and hunger.

For strategic intervention, it was recommended that identified groups are given social support, free agricultural extension services to improve household food production and reduce the risk of food insecurity.

There is also the need to enhance household socio-economic status through appropriate interventions measures that can detect deterioration in people’s food security, health, and nutrition status at an early stage for targeted interventions to promote food security.

Further, there must be policies to promote food production to ensure that food is available throughout the year and that the food could be accessed and transported from wherever it is produced and fully utilized by the population, all year round.

This can be achieved if we intensify irrigation and mechanization schemes to support large and small-scale farming to engender all-year-round food production.

The current policy on subsidy of agricultural inputs under the Planting for Food and Jobs programme should be re-packaged to target food and cash crop farmers and agro-pastoralists in food-insecure areas. Similarly, promotion of crop diversification, intensification and extension should be encouraged in the country.

Nutrition education and Social Behavioural Change Communication at the community level should also be promoted to increase the consumption of locally available nutritious foods.

It is expected that capacity strengthening of staff of MOFA and Ministry of Health/Ghana Health Service to collect and monitor food security situation quarterly will be encouraged to promote food security.