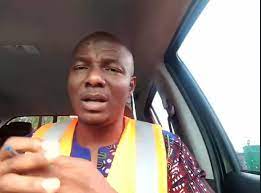 Civil Engineer, Abdulai Mahama has reiterated that dualising our highways can immensely reduce road accidents in the country.

Speaking on the Super Morning Show on Monday, August 16, 2021, he noted that due to the median that separates the opposing lanes, the risk of head-on collision by vehicles is very low.

Abdulai Mahama stated, however, that due to the high cost involved in constructing dual carriageways, the country cannot depend solely on dualising highways to address road accidents. According to him, it costs about $3.8m to have a 1km road dualised.

“Because we have constraints with capital, it takes a longer time to have such a stretch dualised,” he said.

Abdulai Mahama was contributing to discussions on the way to curb road accidents in the country.

He blamed the phenomenon on a myriad of issues including lack of discipline on the roads, lack of enforcement of road traffic laws, breakdown of traffic lights, etc.

During the show, he raised concern over how commercial drivers, especially, those who operate the V.I.P, 2M Express as well as the Coaster buses, overspeed on the roads, describing the situation as very alarming.

“On the Nsawam road, you’ll be amazed at how drivers who use that stretch over speed,” he said.

The Civil Engineer further stated that failure of passengers to caution drivers who over speed, is another challenge. He said often, passengers look on while drivers drive recklessly which often results in accidents.

He also mentioned failure of road safety authorities in the country to upgrade their systems in terms of technology, as part of the problem.

He, therefore, proposed a number of solutions in addressing the phenomenon.

“I’ll suggest that we sublet these traffic lights to private institutions in the country where we segment the capital into lots and put them into the hand of one private company who would be responsible for them.

“If the lights are not working, they fix them and make sure they are on 24/7,” he said.

Also, he advised the Road Safety Commission to upgrade in terms of technology and adopt a mobile app/gadget that can regulate the speed limits of vehicles on the roads so that “drivers cannot go beyond the 80km per hour benchmark.”

He further entreated passengers to caution drivers against over speeding when that happens.