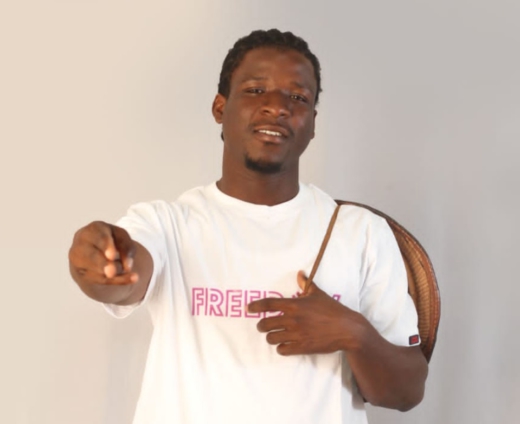 The jamming single, produced by Forsqzy Beatz, has a catchy hook that is apt to arrest the attention of first-time listeners.

Fused with the Ghanaian Highlife rhythm, ‘Ariana’ talks about a young man willing to die for a beautiful lady he has fallen in love with.

“I go stop ganging and banging so I fit spy you o… I dey feel this your body” parts of the lyrics says as Dude Ari tells the tale through his cherubic voice.

In an interview with the media, Dude Ari emphasised the need for Ghanaians to patronise his music craft since he is poised to make a mark in the music sphere.

“Ariana is one song I did from deep down and the emotion attached to it is surreal. I know soon Ghanaians will be hooked to it. I urge everyone to take time to listen to it and recommend it to your friends,” he urged.

Meanwhile, Dude Ari, born Israel Olaga hails from Big Ada in Ghana. According to him, he fell in love with music since childhood but started he started recording professionally in 2017.

He has dropped a couple of singles including, Hustlers Prayer, which was released on March 1 and ‘Struggle’ which features Joemexx.

On August 5, 2022, he dropped his maiden EP titled, Brewed in Africa, a collection he describes as “melodious songs that leave a trace of African origins”.

Talking about his challenges, Dude Ari said, “I dropped out in the first year to get a good ground for my music since I wasn’t getting the needed help to keep me in class.”

He attended Mampong Shai Hills D/A Basic School and continued to Ashaiman Senior High School. The singer based in Tema said he is no longer signed to any record label presently.

DISCLAIMER: The Views, Comments, Opinions, Contributions and Statements made by Readers and Contributors on this platform do not necessarily represent the views or policy of Multimedia Group Limited.
Tags:
Ariana
Dude Ari