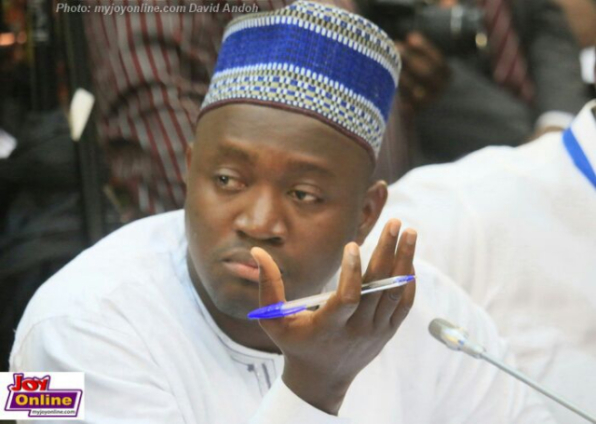 The Minority in Parliament has asked President Nana Akufo-Addo to, as a matter of urgency, revoke the Executive Instrument (E.I 144) declassifying portions of the Achimota Forest Reserve.

The Caucus believes the E. I was not well-thought-through, and as such, it must be withdrawn.

This was made known by the Ranking Member of the Lands and Natural Resources Committee of Parliament, Alhassan Suhuyini.

He insisted that government’s decision give about 360 acres to the original owners of the land instead of 90 acres is untenable.

“We believe that it was not well thought through if indeed intention was not deliberate to loot the Achimota Forest land and so the president must take a second look at the E. I. 144 and possibly revoke it as soon as possible.”

“We also believe that the increase from about 90 acres to about 360 acres is untenable, and we ought to engage to understand what went into that increase in the acreage of land that has been given to the Owoo family, and we insist that the Achimota Forest must remain a forest reserve.

“We do not have that many in this country. We only have about 265 that’s if you take the Achimota Forest out,” he told Winston Amoah, host of Joy FM’s Super Morning Show on Wednesday.

His comment comes after an eight-page document was widely circulated on social media, which purported to mean that the classification of the Achimota Forest Reserve has been lifted to pave the way for a possible redevelopment for other purposes.

Addressing the press on Tuesday, May 17, the sector minister emphasised that widespread reports about the supposed sale of the Forest are false and baseless, as the government has no such plans.