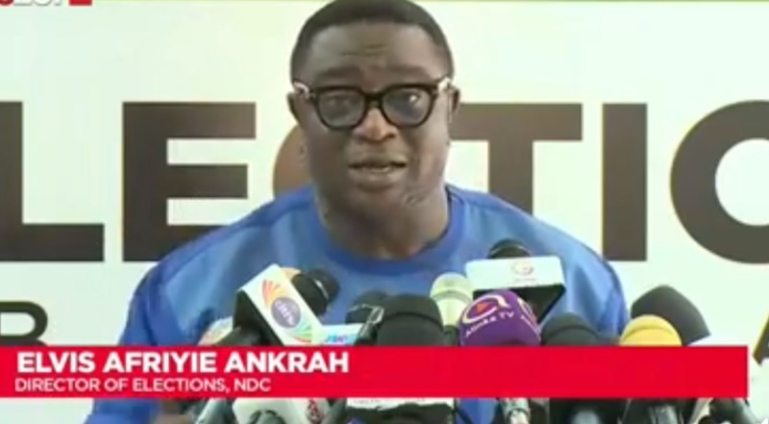 Director of Elections for the National Democratic Congress (NDC) says the Electoral Commission (EC) cannot claim it is not responsible for the violence that characterised the 2020 general elections.

According to Elvis Afriyie Ankrah, some of the electoral violence and its related deaths were occasioned by ‘reckless’ and ‘unlawful’ conduct of some EC officials during the polls.

“Look at the Techiman South, it was as a result of the conduct of the returning officer that started the violence, so, the EC cannot absolve itself of blame. This is an election in which we have counted eight people dead. If you add Silas who was murdered during the registration process, that is nine. It has never ever happened in this country,” he said at a press conference.

His comment comes after the EC said blame for the violence and related deaths that characterised the 2020 election must be laid at the doorsteps of the agencies mandated to provide security for the election.

According to Jean Mensa, the Commission is not in charge of election security thus, cannot be blamed for the deaths of some seven persons at five centres during the December polls.

“We collaborate and partner with our security agencies in their quest to carry out their responsibility of ensuring peace, law, and order at all centres throughout the country.”

However, Mr Ankrah said that because the EC collaborates with the security agencies to ensure a peaceful election, they also share in the blame.

He stated that the EC presents a budget for security arrangements so they cannot absolve themselves from blame.

“Indeed the security arrangement has always been that during an election, the political officers, the District Chief Executive’s, Municipal Chief Executives, others, recuse themselves.”

Mr Ankrah added that the EC cannot claim the 2020 general election was the best the country ever had after eight Ghanaians lost their lives.

DISCLAIMER: The Views, Comments, Opinions, Contributions and Statements made by Readers and Contributors on this platform do not necessarily represent the views or policy of Multimedia Group Limited.
Tags:
Electoral Commission
Electoral violence
Elvis Afriyie Ankrah